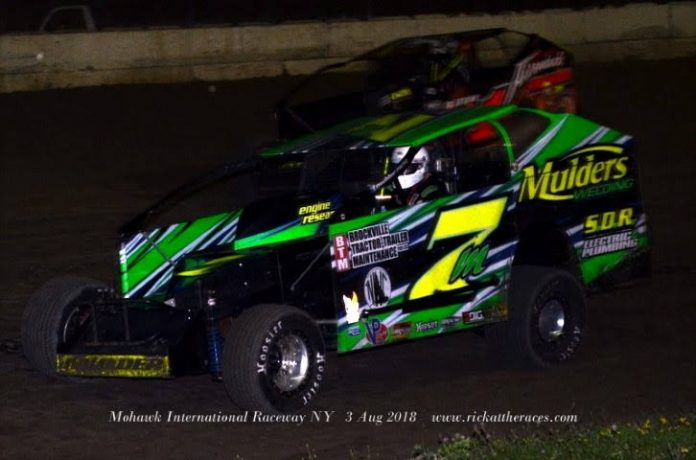 AKWESASNE, NY – After Mother Nature picked up her first and only what is anticipated to be, only win of 2019, Mohawk International Raceway is set to kick off the brand-new year with a big night for the Crossroads Tobacco Sportsman division.

The Pete Mitchell Memorial Qualifier debuted one year ago with 2017 track champion Johnathon Ferguson getting the win and a guaranteed spot in the field for this prestigious event. This year Ferguson along with 2018 champion Brianna Ladouceur and a host of other stars will be looking for opening day paydirt.

The Twin Leaf Stores 358 Modified division will also be on the card and everyone will be trying to figure out a way to beat the now two-time and defending track champion Tim Fuller. The Edwards native dominated the competition one year ago winning 10 of the scheduled 15 events which broke the 26 year-old single season win record once held by another two-time track champion in 1992, Pat O’Brien.

The Mod Lite, Novice Sportsman and Bandit divisions will be on the card and multiple drivers have moved from each of those divisions including defending Bandit champion and Edwards New York native RJ Tressider and former Mod Lite champion Deric Ellsworth who have both moved on to the Sportsman ranks.

Opening day at MIR is just days away and with evening’s sponsors Action Race Parts and Smoker’s Hideway on hand to take in all the action. General admission prices are just $12 for more information be sure to check us out on Facebook and on Twitter @mohawkraceway. You can also get all the latest and up to date news on our website at mohawkintlraceway.com