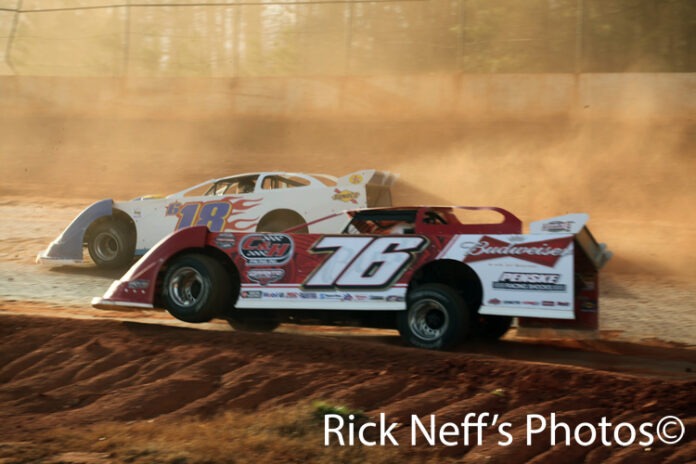 GAFFNEY, SC – Mid-East Promotions is proud to announce the inaugural “Prelude to the Finals” to be held at Cherokee Speedway Tuesday November 2. Featuring Super Late Models, 410 Sprints and Big Block Modifieds, the same 3 divisions that will compete in the World Finals at Charlotte later that week. Late Models will be competing for $7,500 to win, 410 Sprints and Big Block Mods $5.000 to win with all 3 divisions paying $500 to start.

“This is something we have been working on for a couple of years now. We had everything ready for 2020, but like most everyone else, COVID put plans on hold. We have a great relationship with Scott and Tony at Cherokee so with that and Cherokee already having a presents on the national dirt scene it made perfect sense to hold this event there.

“With most teams that compete at Charlotte coming to town early it gives them a great chance to pick up a little extra money or do some testing before heading up to World Finals, plus for the fans it’s another chance to see some racing while they’re in town. Especially with 410 sprints never competing at Cherokee before and Big Blocks only running here last season with no crowd, it gives the local fans a chance to see something new and different.

“We’ve already had a lot of interest and really good feedback from several teams in all three division, so we are excited about his event and hope to make it an annual event on the schedule.” Jaosn Walls Prelude to the Finals Promoter.  “We felt like hosting a Tuesday night shrine race for the Super Late Models, 410 Sprint Cars and Big Block Modifieds would not only help us raise money for the Kings Mountain, NC Shrine Club but would also be a great chance to pick up some of the national talent already traveling to the Dirt Track at Charlotte for the weekend.”

Everyone knows that Cherokee Speedway races Late Models multiple times a year from WoO to Lucas and other regional series. However, what is unique this year is that for the first time in Cherokee Speedway history, 410ci Sprint Cars will take on “The Place Your Mama Warned You About”.

We are expecting local and National talent to participate on Tuesday, November 2nd, 2021 and we hope to raise a lot of money to benefit the Shriners Hospital for Children!

We have several marketing packages if there are any companies that want to get involved in this race or make a donation the Shriners Hospital for Children” – Josh Hellams, Prelude to the Finals Promoter

“We are excited for Cherokee Speedway to be able to host the inaugural prelude to Charlotte event. We look forward to having the 410’s and open wheel big blocks along with supers. This will make for an awesome event!” -Scott Childress, Cherokee Speedway Promoter

“The Prelude to the Finals is something like we have never had here before at Cherokee Speedway since we took over in 2017. That is saying a lot considering all the big shows Scott & I have put on the last 5 years!” – Tony Adair, Cherokee Speedway Promoter

What: Prelude to the Finals
When: Tuesday November 2
Where: Cherokee Speedway (Gaffney SC)

4 tire rule for the event. What tires you qualify on you must start the feature on.