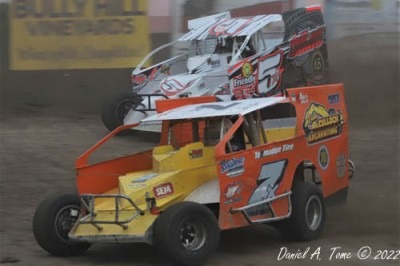 DUNDEE, NY-The Summer Season kicks off officially on June 21, 2022, however track owner, Tyler Siri will do it Outlaw style by bringing in everyone’s favorite months of the year hosting Summer Kickoff at the popular Yates County oval on Friday, June 24.

“We are getting deeper into the 2022 season, Siri.  June means that Summer officially starts and here at the track things will really heat up over the next three months with torrid point battles in each class, a fabulous fireworks program as well as a multitude of weekly extraordinary events as we hard towards Fall.”

Friday, June 24 will be a Regular Super 7 event featuring all the tracks weekly divisions with the Penn Yan, NY based Friendly Chrysler, Dodge, Jeep, Ram Modifieds headlining the card.  Outlaw Speedway does host not one but two 602 Crate Sportsman Divisions that race weekly at the facility including the Sunrise Insulation American Racer Tire along with the Speed Connection DIRTcar Hoosier Tire classes.  Stan’s No Tubes in Big Flats markets the Street Stock Division and the Winner’s Circle Deli in downtown Dundee is the sponsor of the Mini Stock’s which is a mix of both front and rear wheel drive creations.  Swarthout Recycling of Beaver Dams, NY came onboard this season in supporting the upstart 600cc Modified’s and last but certainly not least the participating NAPA stores in Addition, Corning, Hornell and Wellsville have joined ranks in sponsoring the Hobby Stock Division.

All gate times and admission prices are posted weekly at www.Facebook.com/OutlawSpeedwayLLC/ along with any weather updates leading up to the night of the event.

In addition to the fierce competition that the Fast 4/10 of a mile clay oval generates week after week, 1 on 1 Spectator Races will also be held giving railbirds an opportunity to take their turn on the speedway in the single elimination event.

Fans are encouraged to make their plans to be a part of the tracks 65th Anniversary, $20,000 Fireworks Show on July 1 which this season helps kick-off the July 4 weekend.  Parking and seating will be at a premium so those that plan on attending should decide to arrive early for this one.

A wealth of information including the current point standings, the 2022 schedule of events, marketing partners, rules and contacts are a click away at www.outlawspeedwayllc.com.

The Outlaw Speedway is located just outside of Dundee, NY on RT. 14a, right in the heart of the Finger Lakes Region of Upstate New York.  A short drive from places like Watkins Glen, Corning/Elmira, Bath, Geneva, Seneca Falls, Penn Yan and Hammondsport. 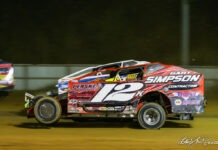 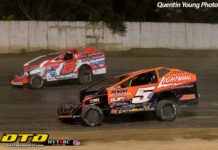 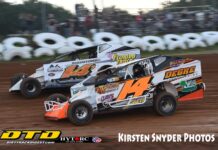