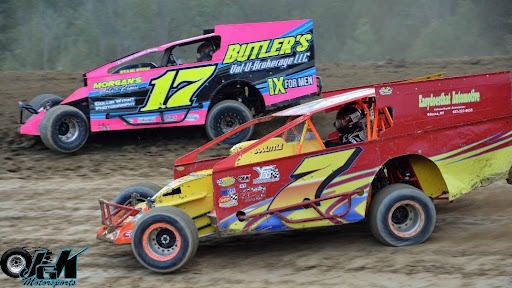 “We got off to a slow start, stated Woodhull Raceway owners, Terry and Niki Brewer in a recent interview.  The month of April was extremely wet, and we lost practice and our season opener.  The first weekend in May found the speedway grounds still saturated and we had to pull the plug.  Since then, we have not lost a single show and even dodged a few rain showers that basically put us a little behind, but we were still able to complete the events.  Now here we are knocking on the door of Labor Day and our final point night.”

What happened at Woodhull Raceway in 2022 weather wise was the direct opposite of last season when the track lost eight complete shows including an area wide flood on August 19, 2022.

“The last two seasons, which incidentally were our first years owning this place were an absolute nightmare.  2020 found us opening late with no fans in the stands due to COVID protocol, however we were able to get in about a dozen shows or more.  Last year was wet, wet, wet with rain on top of rain all season.  It finally started to dry out when we closed the door for the season.”  That, once again according to the Brewer’s.

2022 has been far better for the husband/wife business couple with excellent weekly crowds and decent car counts considering a tough economy where racers are taking it on the chin with high fuel, tire and engine component costs and shortages.

On the card for the September 3, point finale it will be the Insinger Performance Modifieds as they will be accompanied by the NAPA 602 Crate Sportsman and the Armstrong RUSH Crate Late Model Divisions.  Also, in action it will be those classy looking Joe Willcox Performance Street Stocks as well as the Hobby Stock classes.  Rounding out the Great 8 Show fans will see complete feature action in the Wicked Tee’s Mini and Warrior Divisions as well as the Front Wheel Drives.

Pit gates for the September 2 event open at 3:30 pm with grandstand gates to follow at 4:30 pm.

The Nikk L Brew Restaurant and Bar in downtown Canisteo, NY will back onboard to sponsor the night of action as their loyal employees will be treated to a great night of race action on the high banked one-third of a mile clay oval.

In addition to owning and promoting the Woodhull Raceway, Terry and Niki Brewer are also the proud owners of the Nikk l Brew as well as High Trucking which sponsored the show the week previously on August 27.

The Nikk L Brew offers one of the regions finest casual dining experiences with an extensive menu including appetizers, pizza, wings, burgers, fries, hot and cold sandwiches, and other home cooked items.

For a more extensive look at their complete menu as well as hours of business and contact phone number go to Facebook.

With point battles at a fever pitch in all weekly classes all eyes will be on the top point getters heading into the feature events to see who will be crowned 2022 class track champs.

For a thorough look at the current point standings from top to bottom in each division as well as other valuable information including rules and the remainder of the 2022 schedule of events log on at www.woodhullraceway.com.

Updates leading to the September 3 event including the race night itinerary and as well as any weather- related matters will be posted at www.Facebook.com/WoodhullRaceway/.

Celebrating fifty-seven consecutive years of race action, It’s New York’s Toughest Dirt Bull Ring where we provide “FAN” tastic weekly racing all the while having Fun in the Boonies! 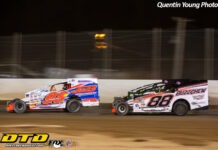