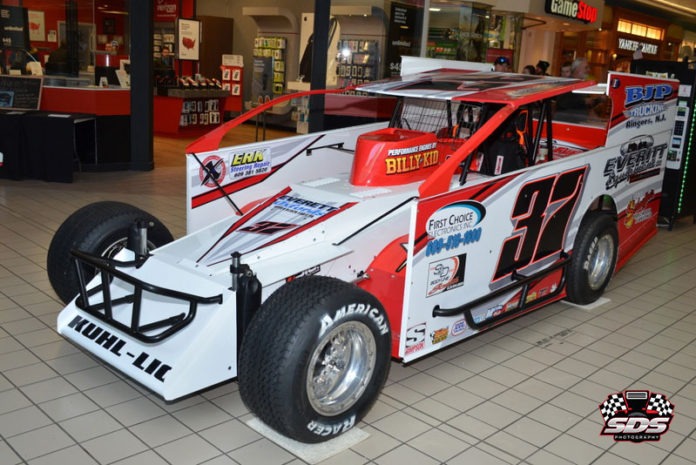 NEW EGYPT, NJ – Entries are starting to roll in for both Modified and Sportsman divisions for New Egypt Speedway’s March Meltdown, which will be held on Saturday, March 18th.

The first three Modified entries to the speedway office are Bryan Kuhl, Brandon Grosso and David VanHorn. Kuhl is looking for more of a consistent season at New Egypt after an eleventh place point standings finish in 2016. Grosso on the other hand was the 2016 New Egypt Speedway Crate Modified Champion and racked up many wins across the region in Sportsman competition over the course of the 2016 season. “DVH” landed in the seat of the RacersGuide.com No. 323 in May of 2016 at New Egypt Speedway and just a few weeks later he landed himself in Victory Lane, he too will be looking to take home the $5,000 winners check.

Entry forms for both classes along with info are available on our website, by clicking the following link, http://newegyptspeedway.net/rules-forms/

Pit Gates will swing open at 12PM with Spectator gates opening at 2PM with Hot Laps beginning at 3PM and Heat Races at 4PM. Adult admission is $25, Seniors 65 & up are $23, Teens 12-15 along with Military and their spouses are $15 and Children 11 and under are FREE.

New Egypt Speedway is located on Route 539 in New Egypt, NJ just minutes from Six Flags Great Adventure and the New Jersey Turnpike. A racy 7/16-mile D-shaped dirt oval, New Egypt Speedway serves Garden State race fans with some of the best competition in the country. New Egypt’s state-of-the-art facilities feature daylight-quality lighting and excellent sightlines from any seat in the house. The grandstands are fully wheelchair accessible with wide, clear, and well-groomed walkways. Concession facilities serve up everything from Jersey Burgers to ice cream treats at family-friendly prices.