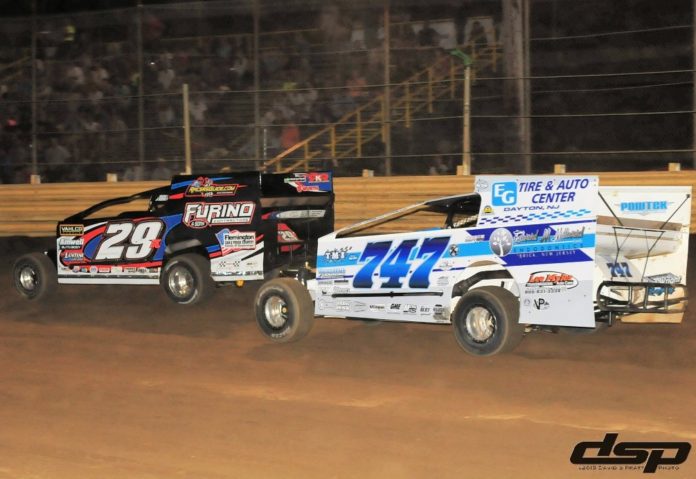 Ryan Godown will begin his 358 Modified title defense against the likes of Billy Pauch Jr., Danny Bouc, David VanHorn, Willie Osmun, John McClelland and many more this weekend, and with other speedways in the area not running on Saturday, you just never know who might show up at New Egypt Speedway. The 30-Lap affair will pay $2,500 to win and $300 to start.

The Northeast Wingless Sprint Cars kick off their second season at the Ocean County D-Shaped oval on Saturday night as well. Defending champion Bobby Butler will have his hands full this year with hot shoes such as Lou Cicconi, Rich Mellor, Wayne Weaver and 2016 Most Improved driver Heidi Hedin on his tail tank.

It all begins this coming Saturday night April 1st where New Egypt Speedway will blast off into its 20th Anniversary Season with the 358 Modifieds, Northeast Wingless Sprint Cars, Hammer Sportsman, and Lyons Construction/Metal Fab Rookie Sportsman divisions. Pit Gates open at 3PM, Grandstands at 4PM with Hot Laps at 5PM and Racing at 6PM.

Admission to the grandstand is $20 for adults, $18 for seniors 65 and older, $10 for teens 12-15, $10 for military personal and their spouses with ID, and Kids 11 & Under are FREE. Pit admission is $30 with a New Egypt Speedway license and $40 with no license.
New Egypt Speedway is located on Route 539 in New Egypt, NJ just minutes from Six Flags Great Adventure and the New Jersey Turnpike. A racy 7/16-mile D-shaped dirt oval, New Egypt Speedway serves Garden State race fans with some of the best competition in the country. New Egypt’s state-of-the-art facilities feature daylight-quality lighting and excellent sightlines from any seat in the house. The grandstands are fully wheelchair accessible with wide, clear, and well-groomed walkways. Concession facilities serve up everything from Jersey Burgers to ice cream treats at family-friendly prices.