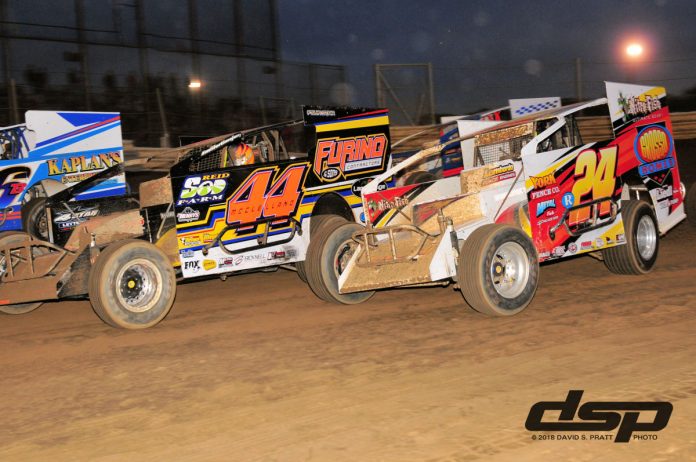 With thirty-one drivers eligible by competing in every point event from the Modified, Hammer Sportsman and Crate Modified ranks, John McClelland was drawn as the recipient of the award prior to the start of the Legends of the Fall race on Saturday, September 22.

Known as ‘Johnny Mac’, McClelland has been competing at New Egypt Speedway for eighteen seasons. In 2009, McClelland moved from the Sportsman division into the Modified ranks. The veteran wheelman from Martinsville, NJ had a very good year at the Ocean County dirt track as evidenced by his fifth place point finish in the Modified division. For being chosen as the winner of the Perfect Attendance Award, McClelland will receive a body kit which includes two doors, two quarter panels, A-pillars and B-pillars from S&D Bodyline.
“I was really excited to hear that I won the body. It is really great that Don does this for the drivers at New Egypt Speedway,” said McClelland.
McClelland joins Cale Ross (2016) and Danny Bouc (2017) as winners of the Perfect Attendance Award.

S&D Bodyline’s owner Don Biegley is the proud sponsor of The Perfect Attendance Award at New Egypt Speedway. Serving the racing community, S&D Bodyline provides complete bodies, fabrication work, parts, wheels, and everything in between. For additional information, interested parties may contact Don at (610) 393-9337 or visit his website at www.sdbodyline.com.