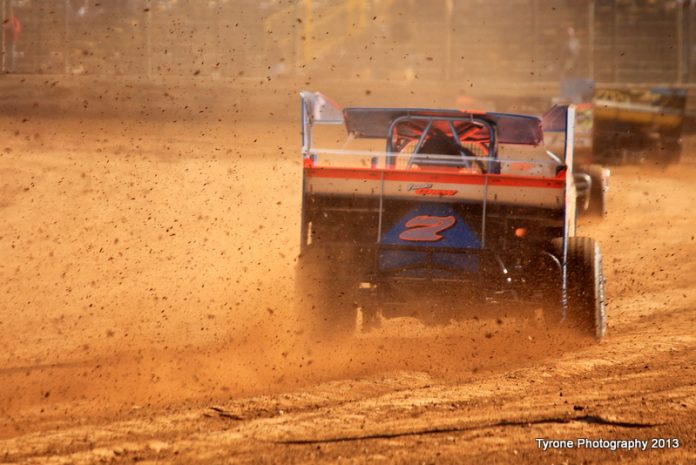 NEW EGYPT, NJ – New Egypt Speedway is gearing up for a busy season in 2019 and with that all 2018 division sponsors have indicated that they will be returning with fields that continue growing.

The Hammer Companies are returning for their third season of support of our Sportsman division. Bob Lineman Jr. is set to defend his 2018 crown against a strong crop of regulars that include Art Liedl, David Burns, Will Dupree, 2018 Rookie Sportsman Champion Ryan Heim, Joseph Brown and Marty Resnick. New to the Hammer Sportsman class at New Egypt Speedway for 2019 include Delaware’s Brad Roberts, Pennsylvania’s Jim Housworth who is a former Crate Modified champion at NES as well as Andrew Belmont along with Steve Desmelyk and John Criscione up from the Crate Modified division.

The newly named RacersGuide.com Crate Modifieds who have had one of the closest point battles in short track racing over the past few seasons will return with veterans that include Eric Palmer, Ryan Simmons, Jeremy Martino, Joe Toth, John Aumick, Steve Hicks, Dan Fleming and Tom Princiotta. Crate Modified newcomers in 2019 include Brett Belmont, Garrett Luzi and Andy Walko.

The Street Stocks will again be in action at NES in 2019. Jon Meyer will be in contention to defend last year’s track championship along with the likes of Bill Liedtka, Marty Derr, Spider Ensinger Sr., Bill Wroble and more. We have had interest from numerous competitors from visiting speedways looking to join the NES Street Stock ranks for 2019.

The 4-Cylinders will be back in 2019, this field looks to continue to grow in leaps and bounds as it did throughout the course of the 2018 season. Phone calls keep coming into the speedway office with drivers looking to join this affordable class daily so we fully expect close to a full field for the 2019 season.

The Lyons Construction/Metal Fab Rookie Sportsman division is looking to have a very competitive 2019 class. Drivers that have indicated to us that they plan to run rookies include Anthony Tramontana, Ryan Godown Jr., Micro Sprint graduates Matt Ellery and Ryan Krushinski, 600 Modified standout DJ Hunt along with Nick and James VanWickle who are moving up from Legends cars.

The first on track activity of the 2019 season is planned for Saturday March 23rd which will be the March Meltdown that will pay a ice cold $5,000 to win for the Modifieds which will be run with Short Track Super Series South rules and Sail Panels and will pay $400 to start along with the Crate vs. Sportsman paying $1,000 to win and $100 to start. Pit gates will open at 10AM, Grandstands will open at 1PM with Hot Laps beginning at 3PM and racing at 4PM. Grandstand admission will be $25 for Adults, $23 for Seniors (65 +), Teens(12-15) & Military w/ID are $15 with Kids 11 & Under Free.