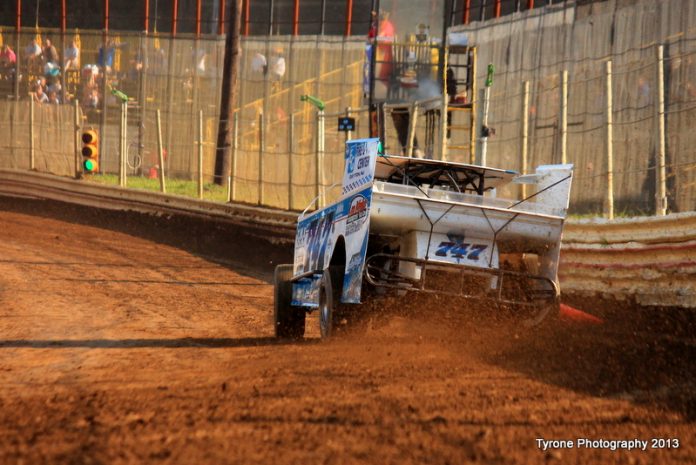 NEW EGYPT, NJ  – After careful consideration and acknowledgement of likely low competitor participation, JERSEY RUSH event promoters Bob Miller, Len Sammons, Danny Sammons and Davey Sammons have been forced to cancel the event at New Egypt Speedway which had been planned for tomorrow night, Tuesday, July 16th. We always want to present the highest quality show and a great amount of effort went into the planning with over sixty sprint car team contacted. This is very disappoint for all involved, including competitors from all divisions who committed to race.

The promoters cited a shortage of anticipated entries of the 410 Sprint Cars as the reason for the postponement. Two prominent JERSEY RUSH Sprint racers who annually compete at the event, former winner Ryan Smith and recent PA Speedweek champion Lucas Wolfe are both sidelined with injuries suffered recently.

Smith, who has not raced since suffering a concussion at Selinsgrove Speedway on June 30th, has yet to be cleared by doctors to return to competition. Wolfe suffered back injuries this past Sunday, July 14 in the All Star Sprint Series race at Lebanon Valley Speedway.

Despite engine problems and crashes that had set back numerous other 410 Sprint teams in recent weeks, the promoters felt they had organized a strong enough field of entries for fans to enjoy the show until this past weekend problems forced other teams to cancel. Similar problems on the Modified side were also reported after a tough weekend for both divisions.

“None of us, me, Len Sammons or his sons Danny and Davey would be comfortable putting on a show with such a short field of cars,” said Bob Miller.


“We recognize the inconvenience a late cancelation may cause for those race teams that were planning to be at JERSEY RUSH and for fans who look forward to the event. But we would rather be up front about what was likely to occur and cancel than trying to put on a show that would not be up to the standard we believe race fans deserve.”

Due to the busy schedule, we will not look for an alternate date in 2019.

We thank the drivers of all divisions who did commit to the show as well as the outpour of interest in the event from race fans.