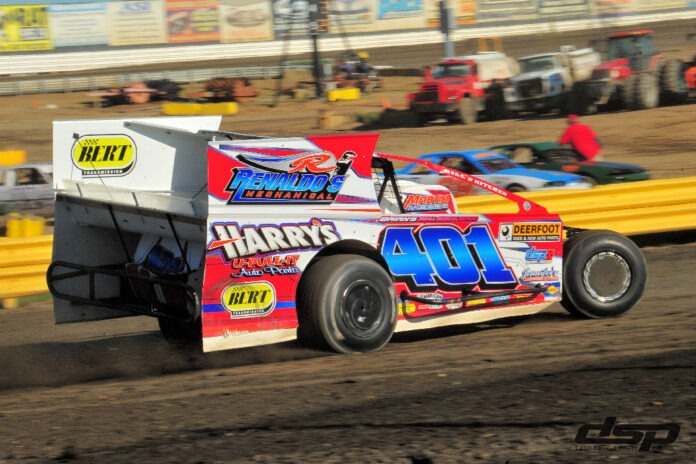 NEW EGYPT, NJ – A late race caution that brought the field back together changed the outcome of Saturday night’s “Legends of the Fall” 50 lap feature event at the New Egypt Speedway.

Mike Gular took the lead early in the 50 lap affair and set a torrid pace out front, lapping up into the top five before the yellow flag flew on lap 48.  That yellow proved costly for the 2A machine of Gular as Frank Cozze had been the fastest car on the speedway prior to the yellow, but wasn’t going to catch Gular.  The yellow brought Cozze to the back bumper of the 2A machine and in the final corners Cozze made his move to the outside of Gular and just barely completed the pass as the two reached the start finish line.

It was a true “photo finish” with track officials needing to go to the video to determine who won the event.  In the end, the win was given to Cozze, who by timing and scoring crossed the line .029 ahead of Mike Gular.