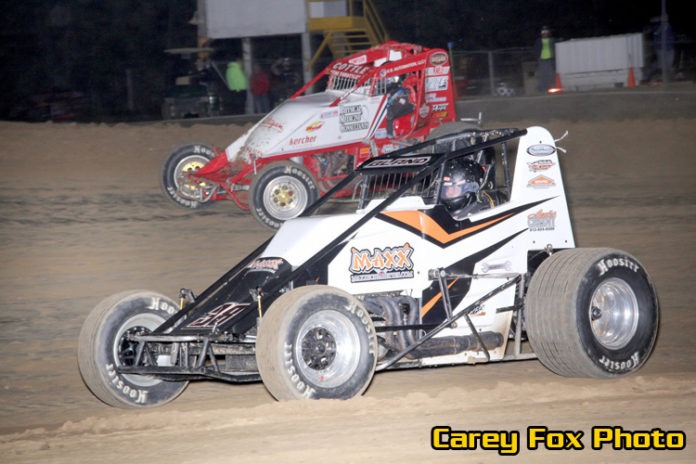 INDIANAPOLIS, IN – Fatheadz, the leading maker in oversized sunglasses and optical lenses, kicks off the new year by proudly announcing today it will serve as the presenting sponsor for the 2017 Jackslash.com Indiana Sprint Car Series. The new sponsorship deal allows the Fatheadz brand to have a strong presence throughout the entire series, which encompasses six rounds of racing across a seven-week span and features the nation’s most competitive racers on the fastest dirt tracks around the state.

As the presenting sponsor for the third annual Jackslash.com Indiana Sprint Car Series, the Fatheadz brand will be highly visible to thousands of racing enthusiasts and fans throughout the entire series, which kicks off on Saturday, April 8 at the Lincoln Park Speedway. This includes a presence at the pre-race stage, flag stag and in victory lane.

In addition, the Fatheadz brand will also be visible to hundreds of viewers when each of the six races is aired on Lucas Oil’s own MAV TV starting in June. Each race will be featured in an episode of the network’s popular “Dirty 30” show, which covers top notch racing, as well as post-interviews and highlights.

“We are excited to increase our involvement in this year’s Indiana Sprint Car Series,” said Rico Elmore, founder of Fatheadz. “Sprint car racing has a devoted following that continues to be valuable advocates for our brand. This partnership is an opportunity to build further brand awareness with this audience through on-site activation and expanded post-racing coverage.”

The Indiana Sprint Car Series celebrates the rich history of dirt track racing, a high-intensity sport that has served as an intermediate stepping stone for today’s most high-profile drivers. The series will feature Indiana’s most competitive bullrings, and includes the following six races:


The race series is organized by Jackslash Media, Inc., which was founded by sprint car media personality Sean Buckley. The Brownsburg-based production company brings the greatest sprint car and midget video coverage to fans through the expansion and diversification of open wheel racing coverage.

“We are excited to partner with Fatheadz, as the brand embodies an undisputed passion for this adrenaline-fueled sport,” said Buckley. “Fatheadz is an undeniable trailblazer in the eyewear industry, and to unite with them for this race series is exciting. With the support of the Fatheadz team, Jackslash Media can deliver a new pinnacle of coverage to fans looking for new innovative ways to indulge in the sport.”

About Fatheadz
Fatheadz is a leading eyewear company that makes oversized sunglasses and optical eyewear for those with larger heads, as well as in standard and intermediate sizes. Founded by a big-headed guy who searched through 300 pairs of sunglasses and could not find any that fit, Fatheadz offers five distinct lines of eyewear and more than 100 unique product offerings for both men and women of all head sizes. Each piece of Fatheadz eyewear combines contemporary frames with smart styling, and is available for purchase worldwide. Learn more at www.fatheadz.com.