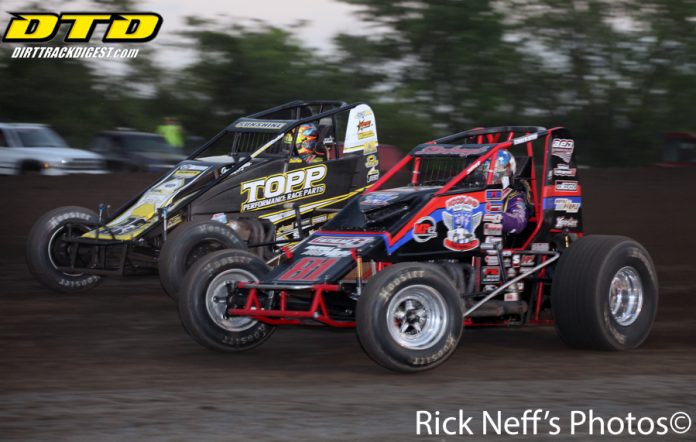 GAS CITY, IN – From sprint cars to monster trucks, tractors and everything in between, a diversified, 21-event schedule is set for Gas City I-69 Speedway’s 2020 season.

It begins Friday night, May 1 and concludes Saturday, Oct. 3.

Anchoring the schedule will be the 410-c.i., non-wing sprint cars, featuring 14 non-sanctioned races and three sanctioned events. UMP-style modifieds will compete regularly on the quarter-mile, semi-banked clay oval with at least 12 events, along with street stocks (12 races) and hornets (14 races).

Two major winged sprint car programs are scheduled on Saturday nights, with the Ollie’s Bargain Outlet All Star Circuit of Champions returning to Gas City after an absence of approximately two decades on Saturday night, May 16.

After an exciting race in 2019, the Sprints on Dirt series returns on Saturday night, Aug. 8 as part of a winged and non-wing sprint car doubleheader.

Non-wing sprints will also have a doubleheader on Friday night, Aug. 21 in the “Race Odyssey 20/20,” staging twin 20-lap features.

Midget racing is also well represented. The speedway will host round two of the USAC NOS Energy Drink Series’ Indiana Midget Week on Wednesday night, June 3. The newly created USAC Midget Cup Series, which features open midgets, USAC Midwest Thunder Speed2 midgets and 1,000cc mini sprints, is set for May 22 and Oct. 2. USAC Midwest Thunder Speed2 midgets will also compete on June 19, July 10, Aug. 8 and Sept. 11, and the newly branded Tony Stewart’s All Star Circuit of Champions TQ Midgets (nee UMRA) round out the midgets’ appearances on May 16 and July 17.

The second annual Fall Festival of Speed featuring 11 divisions will conclude the season on Friday and Saturday, Oct. 2-3.

Other classes in action during the year include IMCA 305 RaceSaver winged sprint cars and winged and non-wing outlaw 600cc micro sprints. Lightning/mini-sprints (1,000cc) will be allowed to compete with the USAC Midget Cup and USAC Midwest Thunder Speed2 events.

“Our goal is to provide fast, fun, family entertainment,” added Gappens. “Once again our team will be vigilant in starting and finishing the programs in a timely fashion.”

Although fans should check the track’s website at GasCityI69Speedway.com for the latest news and updates, the races typically begin at 7:30 p.m. on Friday nights and 7 p.m. for Saturday shows. The complete schedule is posted on the speedway’s website. 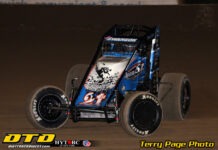