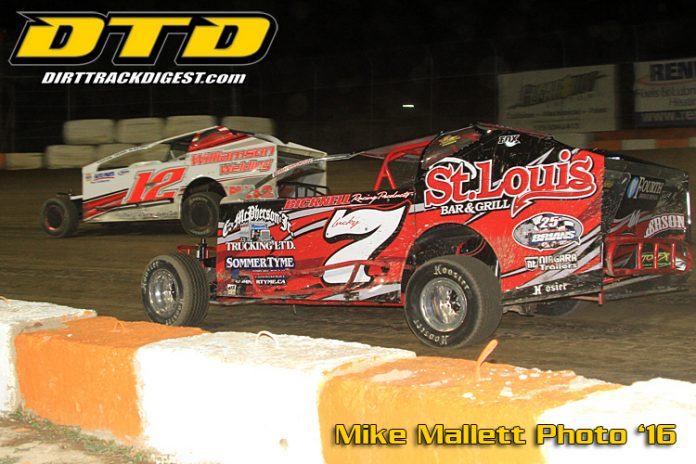 OHSWEKEN, ONT – The Race of Champions Dirt 602 Sportsman Modified Series fueled by Sunoco heads to the ultra-modern Ohsweken Speedway in Oshweken, Ontario-Canada for the rescheduled race this Firday night, August 18. The series gives Crate Sportsman racers an opportunity to travel within the region for $1,000-to-win and the opportunity to visit several facilities besides their weekly tracks. Ohsweken Speedway is one of the best dirt tracks in North America.

“This is a fun series for us and this race at Ohsweken (Speedway) is a great opportunity for our fans to come out and support our type of racing,” offered Brad Rouse, who is the defending Series champion. “We had a great year with the Series last year and it was a lot of fun. That is what racing the Sportsman car is supposed to be about. I think it’s going to be a fun year for us again and offer a nice program for our division. We are definitely proud to be a part of it.”

It will be the Series second visit to Ohsweken. Last season Chad Chevalier of Port Colborne, Ontario held off Cody McPherson of St. Catherines, Ontario and Mark Chiddy of Boston, N.Y., to earn the feature victory.

Friday night at Ohsweken will be a busy night. In addition to a plethora of racing it will be autograph night and Race of Champions Sportsman Modified Series competitors will have Race of Champions Autograph Cards to sign from Race of Champions partner, the Printed Image of Buffalo and their Motorsports Fancards division. Visit www.printedimageofbuffalo.com for more information.

The Race of Champions is a sanctioning body presenting Modified and Stock Car racing on asphalt and dirt surfaces throughout the Northeast, with events in New York, Pennsylvania and New Jersey. The 67th annual Race of Champions weekend will take place in 2017 at Lake Erie Speedway in North East, Pennsylvania and is the second longest consecutive auto-racing event in North America, second only to the Indianapolis 500.