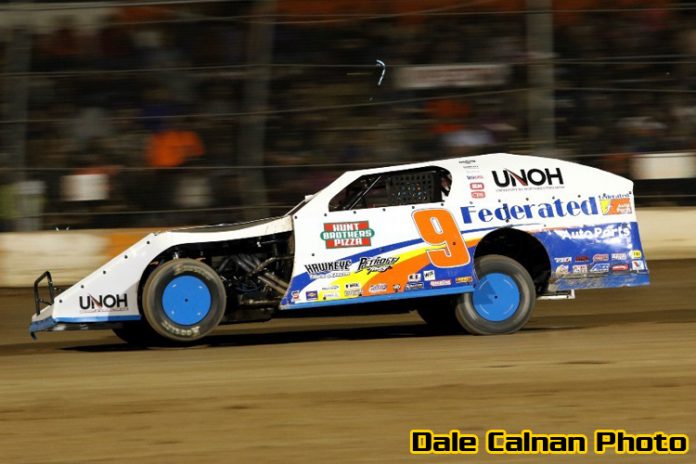 OHSWEKEN, ONT – Ohsweken Speedway’s Friday Night Excitement returns this week with a special feature as NASCAR legend Ken Schrader makes his return to Ohsweken with the UMP Modifieds on Auto Parts Centres night. Schrader will make an appearance at Ohsweken for the third straight season. In addition to the highly entertaining UMP Modifieds, the night will also feature action from all four Ohsweken Weekly divisions, including the Kool Kidz-Corr/Pak 360 Sprint Cars, Strickland’s GMC Crate Sprint Cars and HRW Automotive Mini Stocks. The Middleport Mechanical Thunder Stocks will also battle in their first home track race for the Insta-Panels Duel on the Dirt.

The UMP Modifieds compete weekly at South Buxton Raceway in Merlin, Ont. and bring their exciting, high-horsepower racing to Ohsweken at least once per season. June 1 marks their only scheduled appearance at ‘The Big O’ in 2018 and they’ll have to once again contend with former NASCAR superstar and Fenton, Mo. native Ken Schrader. In 2016, Schrader dominated the field to score the victory. Last season, Leaminton, Ont. native Joel Dick upset Schrader to claim the checkered flag in May and won again in September to become the first repeat winner in UMP Modified history at Ohsweken. Also look for Brian Speelman to be among the top contenders. The Blenheim, Ont. driver is the current point leader in weekly action at South Buxton.

The Kool Kidz-Corr/Pak 360 Sprint Cars will be back in action this week as the field tries to snap Dylan Westbrook’s four-race win streak in weekly competition. The Scotland, Ont. driver is in his third season of 360 Sprint Car action and now has 15 career victories in the division at Ohsweken, second only to his boss and speedway owner, Glenn Styres’ 27 wins. Entering week three, Westbrook holds an eight-point advantage over Cory Turner, who has a pair of second-place finishes to start the year. 360 Sprint Car rookie Mack DeMan sits third in the standings, 16 points back. Tyler Hendricks and Jim Huppunen round out the current top-five.

The Strickland’s GMC Crate Sprint Cars have seen a pair of different winners in as many weeks. 15 year-old Liam Martin scored his first career win last Friday night while Aaron Turkey claimed the opening night win on May 18. Despite that, Jesse Costa leads the point standings with a pair of podium finishes to his credit and holds a six-point gap over Turkey. Sprint Car rookie Lucas Smith is third on the strength of two top-fives while Hannah Ferrell and Shone Evans round out the top-five.

Dave Bailey has been the class of the Middleport Mechanical Thunder Stock field, winning the opening two races. The rest of the field will look to knock him from his pedestal this week when they run their first home track race of the Insta-Panels Duel on the Dirt Series. The reigning champ holds an eight-point advantage over Thunder Stock rookie Mark Bazuin, who has finished second both weeks so far. Billy Bleich Jr., Trevor DeBoer and Ken Sargent round out the top-five in the standings thus far.

The HRW Automotive Mini Stocks have produced some of the most competitive, close-quarters racing so far this season. Nick Masi’s win and second-place result have him on top of the standings with a 14-point advantage over last week’s winner and Bomber division graduate Gillian Hils. Jonathan Ayrton, Sean Iftody and Dusty DeBoer make up the top-five through two events. 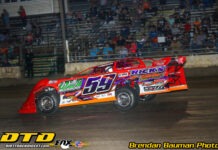 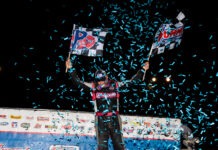 Harrison Wins ‘Drive For 25’ at Highland 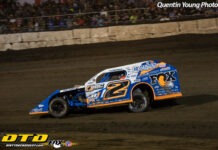