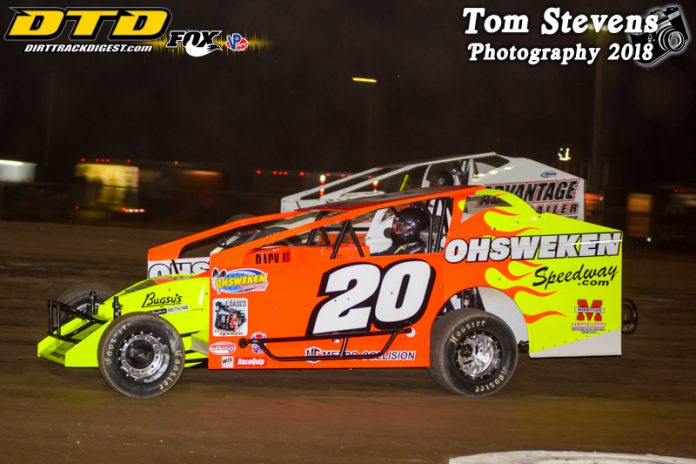 OHSWEKEN, ONT – The Race of Champions Dirt 602 Sportsman Modified Series heads to the ultra-modern Ohsweken Speedway in Ontario-Canada for Club 54 Night this Friday, June 22. This will be the opening event for the five race series that reaches throughout the Southern Ontario and Western New York region, giving competitors the opportunity to compete for nearly $30,000 in racing purses and point fund opportunities.

The Ohsweken event begins the chase for Crate Sportsman racers, who saw Chad Chevalier of Port Colborne, Ontario walk off with $1,000 in his pocket after last season’s chase, topping Brad Rouse of St. Catharines, Ontario, who won the championship in 2016.

“This is a fun series for us and this race at Ohsweken (Speedway) is a great opportunity for our fans to come out and support our type of racing,” offered Chevalier, who is the defending Series champion. “We had a great year with the Series last year and it was a lot of fun. That is what racing the Sportsman car is supposed to be about. I think it’s going to be a fun year for us again and offer a nice program for our division. We are definitely proud to be a part of it.”

2017 Rookie-of-the-Year Dylan Davidson of St. Catharines, Ontario is looking forward to another opportunity to race at Ohsweken.

“It’s a great place with a lot of room,” smiled Davidson, who claimed the Rookie of the Year award in 2017. “We are definitely looking forward to this and having a great with year with the Series.”

Chevalier has visited victory lane during the Race of Champions two previous visits to Ohsweken in 2016 and 2017. 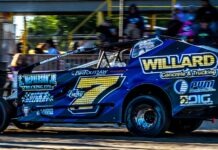