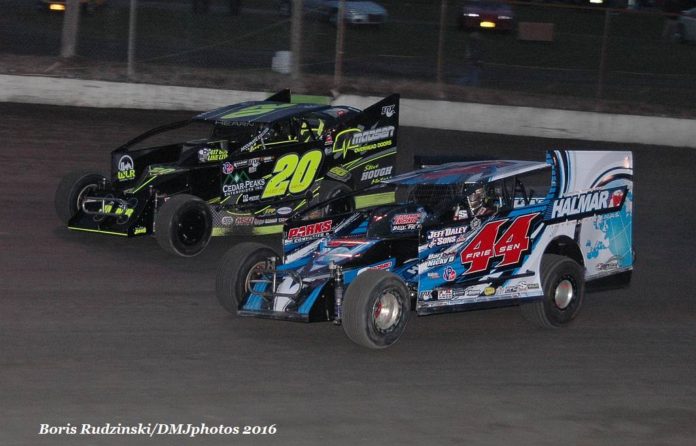 FLORIDA, NY – Behrent’s Performance Warehouse, a recognized leader in distribution and sales of oval-track performance parts, has signed on to fully support the Short Track Super Series (STSS) Fueled By VP in the upcoming season.

In a highly-touted off-season move, STSS organizer Brett Deyo announced the 2017 North Region finale for Modifieds would take place during the tradition-laden Eastern States Weekend at Orange County Fair Speedway (OCFS) in Middletown, N.Y., a move that thrusts the series into the Northeast spotlight.

Behrent’s Performance Warehouse has signed on as the title sponsor of the OCFS ‘Hard Clay Finale’ which is slated for Thursday, October 19 at the historic five-eighths-mile clay oval. The event will kick off a newly expanded four-day weekend of speed at the fairgrounds facility.

“This is going to be big,” Behrent said of the event. “The number of people on the property for that weekend and the range of racers and fans will be incredible. We knew as soon as this event was announced, it was something we wanted to be a part of. We’ll be able to connect with so many racers and manufacturers.”

“This race puts the series out in front of so many people, it’s an ideal venue to crown a champion,” Behrent said. “Putting our name on this will generate plenty of publicity for our brand.”

The Behrent’s Performance Warehouse commitment to the STSS will not be limited to the ‘Hard Clay Finale’ marketing agreement. Racers will also benefit!

“We are very proud to have a true industry leader like Behrent’s on board our series,” STSS organizer Deyo said. “Not only does their name bring added credibility to our season-end event, the racers on our series will benefit from the year-long partnership.”