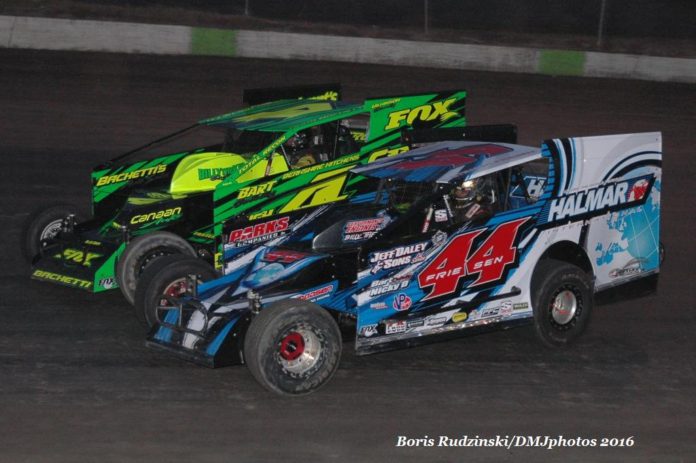 Don’t let the winner’s share fool you. They’re not all created equal.

On Saturday, April 8 at Orange County Fair Speedway, the ‘Hard Clay Open’ offers $5,000 to the victor for a 50-lap big-block/small-block Modified main event. The difference is, the payback through the field totaling a massive $30,400 for the Bob Hilbert Sportswear Short Track Super Series (STSS) Fueled By VP Halmar International North Region opener.


The ‘Hard Clay Open’ kicks off the STSS North Region title fight, with $12,500 going to the series champion at year-end.

A rain date of Sunday, April 9 is in place should there be inclement weather.

OCFS will host a Friday practice on April 7. Gates will unlock at 2 p.m., with track time available for teams from 4-8 p.m.

The STSS has already been in action this season, hosting the Melvin L. Joseph Memorial at Delaware’s Georgetown Speedway on March 11. Jimmy Horton of Neshanic Station, N.J., a regular at OCFS driving for Chris Larsen’s Halmar International team, took the $5,100 victory.

Sunday, May 28 – Thunder Mountain Speedway/Center Lisle, N.Y. – ‘Lightning on the Mountain’(Rain Date: May 29)