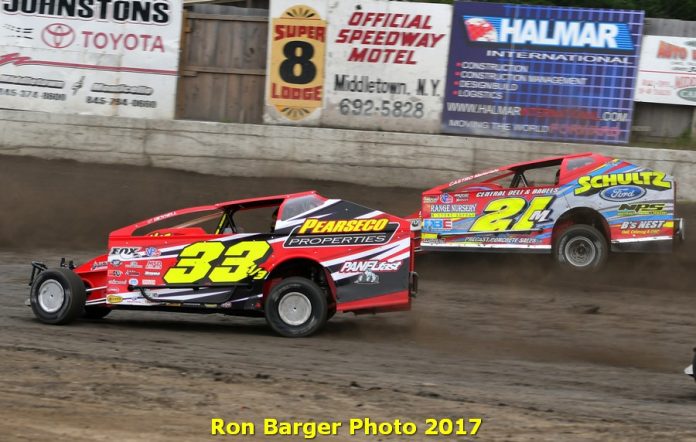 In addition to the URC and Patriot Sprint Cars, the Small-Block Modifieds, Sportsman, and Street Stocks will also see action in qualifying heats and feature races. The Orange County Big-Block Modifieds are not scheduled, but will return on August 26.

A-Verdi Office and Storage Containers is the night’s presenting sponsor.

Admission prices for the August 19 race meet remain at $15 adults, $13 seniors, and $1.00 for children 12 and under. The exceptionally full night of racing begins promptly at 6:30 pm.


Ticket sales for all remaining 2017 race dates, including the September 16 Eve of Destruction and the 56th Annual Eastern States Weekend (October 20-22) and track information is available at the Orange County website, www.orangecountyfairspeedway.net, or from the Track Office. Call 845-342-2573 during business hours.