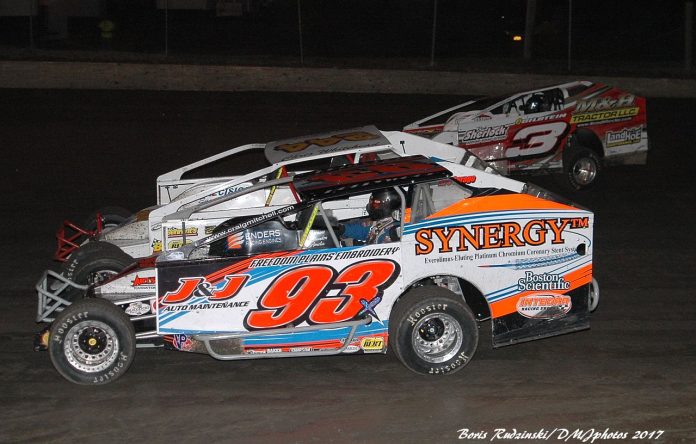 MIDDLETOWN, NY – When the exhaust fumes settle from the Saturday, August 26 race meet at Orange County Fair Speedway in Middletown, New York, there will be just a single week of competition before the track point champions are crowned. For drivers in each of the speedway’s stock car divisions this makes the upcoming racing program even more important as point championships—including trophies, cash bonuses, and all-important bragging rights—get closer to being determined.

Four racing divisions—Big-Block Modifieds, Sportsman, Rookie Sportsman, and Street Stocks—will be in action on the 26th, with a full program of qualifying and feature races.

In the headline Big-Block Modified division, the point battle couldn’t be closer. Just 24 points separate the top-three contenders for the lucrative championship—all current or former Orange County Modified titlists. Jimmy Horton (1976 and 1996), Tommy Meier (2004, 2011, and 2016), and Jerry Higbie (2009, 2010, 2012, and 2015) know how to win championships at Orange County. In just two weeks, one of them—or perhaps Matt Janiak or Craig Mitchell, both of whom are mathematically still in the chase—will emerge victorious. All the track championships will be decided on September 2, but this Saturday’s King of the Catskills/Accord Speedway Night will set the stage for the season point finale.

Adding to the drama of the night, the winner of the 30-lap Big-Block Modified feature race will earn an automatic starting position in the upcoming Accord Speedway King of the Catskills race. In addition, the competitive Street Stock division drivers will wrap up their “title-within-a-championship” with Race No. 4 in the Crane Golf Challenge Series. And the more than 40 Sportsman and Rookie Sportsman drivers will be out to earn a starting position in their respective feature races. To cap off the jam-packed evening of racing, the Vintage Modifieds will also return to Orange County.

Admission prices for the August 26 race meet remain at $15 adults, $13 seniors, and $1.00 for children 12 and under. The exceptionally full night of racing begins promptly at 6:30 pm.


Advance ticket sales for all remaining 2017 races, including the September 16 Eve of Destruction and the October 20-22 56th Annual Eastern States Weekend, and track information are available at the Orange County website, www.orangecountyfairspeedway.net, or from the Track Office. Call 845-342-2573 during business hours. 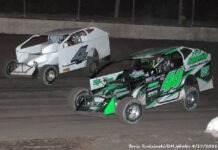 Anthony Perrego Picks Up First Win Of 2021 At Orange County