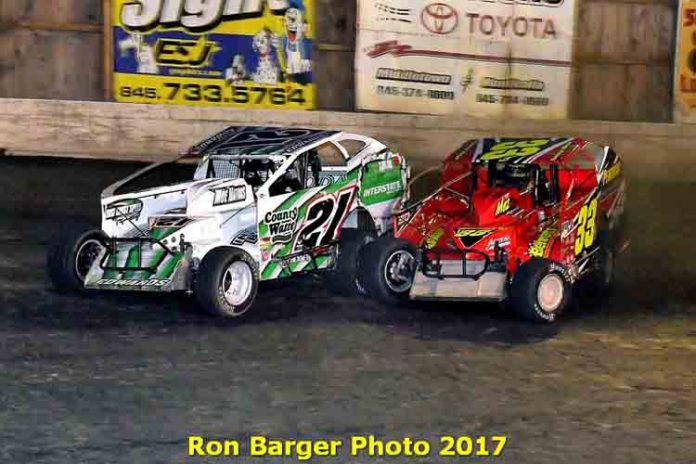 Presented by Superior Remodeling, this is also First Responders Appreciation and 9/11 Tribute Night.

Admission prices for the September 9 race meet remain at $15 adults, $13 seniors, and $1 for children 12 and under. The full night of racing begins promptly at 6:30 pm.

The final weekly program at Orange County will take place on Saturday, September 16 when Middletown Auto Wreckers presents the EVE OF DESTRUCTION!!! Folks that enjoy motorized mayhem won’t want to miss this thrill-packed evening that includes crashes of all sorts, auto thrill show stunts, a Bus race, a Trailer race, a rollover contest, an organized Enduro race (if there is such a thing), topped off with a Demolition Derby, and just plain general destruction.

Advance sale tickets for the EVE OF DESTRUCTION!!! May be purchased at the Speedway Office.


Tickets for the 56th Annual Eastern States Weekend, Friday through Sunday, October 20-22, and the Thursday, October 19 Short Track Super Series race are currently on sale. Be sure to check the official Orange County website, www.orangecountyfairspeedway.net, or call the Track Office at 845-342-2573 during business hours.