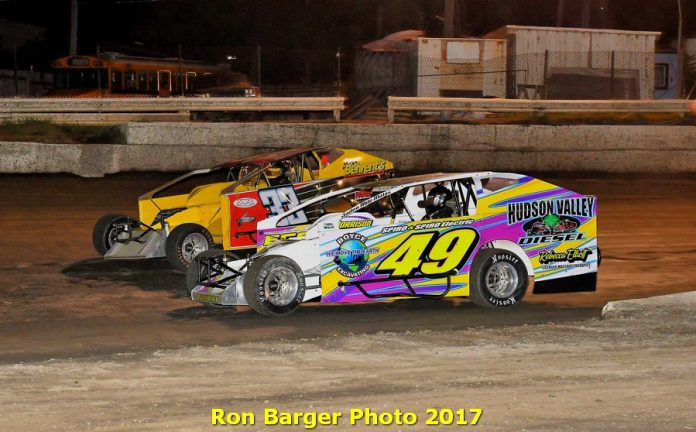 A star-studded lineup of top Small-Block Modified drivers from the entire Northeast dirt track Modified circuit will battle Orange County’s weekly competitors for the trophy and top prize money in this prestigious event.

Since its inception in 1977, the Small-Block Modified race has had several different formats, having been run at 50-, 75-, 100-, and 150-laps distances. The field for this year’s 100-lap race will be set through time trials and heat races, with the final starters coming from consolation races all run prior to Saturday’s main event.


Saturday’s card is one of the busiest in all auto racing. In addition to the Small-Block Modified Championship 100 race, they will be joined by the 305 Sprint Cars, with timed hot laps and qualifying races leading up to their 25-lap Eastern States Championship feature race. Jeremy Quick won the 2015 Eastern States Sprint Car race. The 2016 race was canceled due to inclement weather.

On Eastern States Saturday, the fairgrounds and pits open at 8:00 am, with spectator gates opening two hours later at 10:00 am. Following the drivers meeting at 11:00 am, non-stop racing action begins on the five-eighths-mile Hard Clay speedway, concluding first with the CRSA feature and then wrapping up with the 41st Annual Eastern States Small-Block Modified 100-lap Championship race.

Advance tickets for Saturday or the entire Eastern States Weekend as well as camping and parking permits are available at the Speedway Office during regular business hours, or credit card sales (Visa and MasterCard) by calling 845-342-2573. Tickets may also be ordered online at the official Orange County Fair Speedway website, www.orangecountyfairspeedway.net.