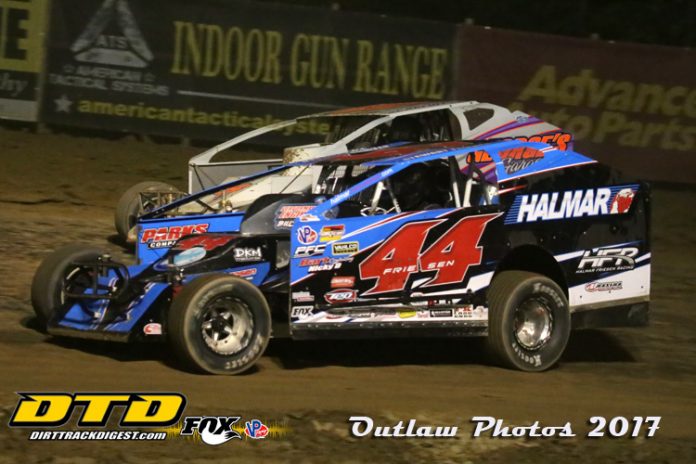 MIDDLETOWN, NY – In the 55 previous Eastern States 200 races, five drivers have posted back-to-back victories. Will there be a sixth driver joining this exclusive club on Sunday, October 22 at the conclusion to the 56th annual renewal of this auto racing classic?

Stewart Friesen, 34, formerly from Niagara-on-the-Lake, Canada and currently residing in New York, won the 2016 race and has to be among the favorites to score a repeat win in this year’s edition of the oldest consequently-run championship race for dirt track Modified stock cars.

Legendary driver Frankie Schneider, of Sergeantsville, New Jersey, won the first two Eastern States races in 1962 and ’63, both contested at the original 100-lap distance. Tampa, Florida’s Will Cagle turned the trick in 1971 and ’72, while Frank Cozze, from Wind Gap, Pennsylvania, registered his double in 1980 and ’90.

With one of the season’s larger purses on the line, and the prestige of winning this classic event, all the top Northeast dirt track modified drivers will be out to win this year’s Eastern States 200 and deny Friesen his chance to become a back-to-back victor in this most glorious and historic race.

The 56th Annual Eastern States Weekend presented by Halmar International, Arkel Motors, and WLR Construction Company, the oldest continuously-run championship race weekend for dirt track Modifieds, is set for Friday through Sunday, October 20-22, 2017 at the historic Orange County Fair Speedway in Middletown, New York. Advance ticket information and sales as well as weekend schedules are available by calling the track office at 845-342-2573 during business hours, or by visiting www.orangecountyfairspeedway.net.