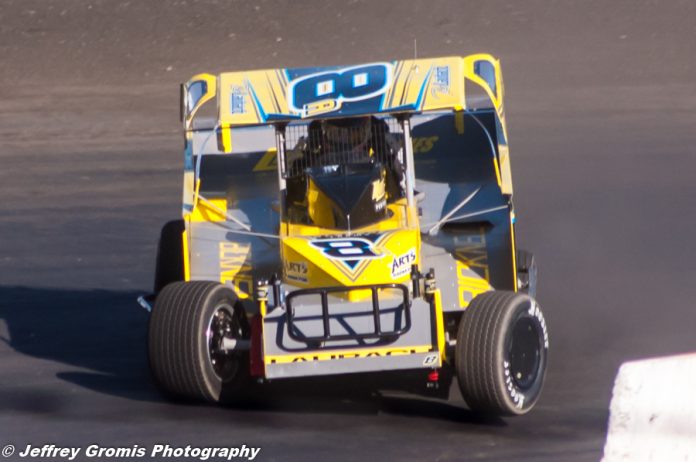 Middletown, NY- Friday was traditional pole day for the big block modified teams. The top 6 in time trials were locked in and 2 provisionals from prior feature wins set the top 8 cars for the 200.

Nearly 70 cars took time on Friday and it was good to be late to the party. As the day wore on the track went through a weird transistion where the speeds increased allowing Billy Decker to get into the low 20 second bracket at nearly 109 mph average lap speed.

“If you said to me hey Jeff your going to go out and turn 20.755 and not be in the top 6 for the 200 I would say your crazy. But its the hand we are dealt” said Jeff Behrent who is the sponsor of the big block entry for Tommy Meier. Meier won his heat race and is now in the 200 for Sunday.

Rick Laubach was aboard the Ryan Alsdorf 8A with a fresh piece from Morrison under the hood. “ We had trouble with this motor with a broken lifter but its been fixed. This is my Bridgeport motor so its got good power for here” said Laubach. This is the same car Laubach sat on the outside pole with at Oswego just 2 weeks ago but was sidelined there with engine troubles before midway.

Sightings- Jim “Spike” Logue was on hand as a guest of Jeff Behrent on Thursday night. Jim is the mid west region racing sales rep for WilWood Disc Brakes. He was seen making the rounds on Friday offering his help with some of the teams that are using Wilwood brakes.

Interesting – Jimmy Phelps had on Integra shocks on his HBR owned 98H on Friday. The car carries a decal from JRI Shocks. More on this later today.

Jedi Warrior- Brett Hearn sat on the end of his trailer late in the afternoon on Friday after just missing out on the pole for Friday. While putting on his socks, Hearn looked puzzled for a moment. “ I am not sure about tire wear for Sunday” said Hearn. “ I haven’t seen a track in daytime conditions eat tires like this since about 5 years or so ago at a daytime race at Charlotte.” Whether Hearn wanted to look concerned or he’s playing the field as the master poker player he is holding back on his wizardy of Middletown.

Tommy Meier – “ I think on Saturday you will see guys not take tires. Its only a 100-laps and the cautions will be counting. Unlike the STSS event the night before where guys were running out of gas and severe tire wear due to the American Racers Saturday should be a straight forward day. Sunday however will be a different thing. You are going to have to take at least 1 tire. Taking more than that is opening yourself up to disaster. Lug nuts not going on right, falling off, getting the wheel on and off its just a recipe for a disaster.”.

While not everyone is on the pole or into the top 6, Jimmy Spellmon is ready to attack the 200 on Sunday. He’s in. While thats not all that suprising, its a positive step in his program after missing time earlier this year. Jimmy’s mom is the recipient of a double lung transplant. She was at the track earlier this season to see his son race along with help from Jimmy’s girlfriend Debbie.

Frustration- Danny Creeden sent his new Bicknell mount home after running out of gas on Thursday night. “Im not that comfortable with the car and for now im just fed up with it” said Creeden. Creeden’s weekend went from bad to worse in his heat race where he was involved in an accident with Lebanon Valley regular Paul Gilardi. Creeden will have to make the 200 via a consi on Sunday aboard the Bill Pasucal owned M&H Tractor Teo. Creeden will pilot the 5L in the 358 feature today.

Also having a disaster of a day was Orange County modified driver Tim Hindley who dropped out of his heat race. He put all his eggs into the basket of making the 200 and is now in real jeopardy of not making it as he will be in a consi event on Sunday looking at a pretty deep starting spot.

Sam Martz also dropped out his heat race after being involved in an accident. Last year Martz scored a 12th place finish in the 200.

Feel Good Story- Clinton Mills scoring a top 6 starting spot with his new car and new paint scheme. He’s a former regular campaigner at Middletown but hasnt race there at all this year until Friday. More on this today. 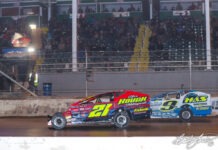 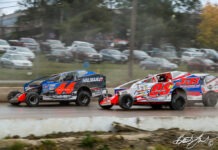 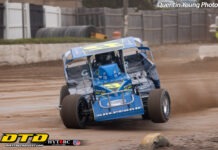