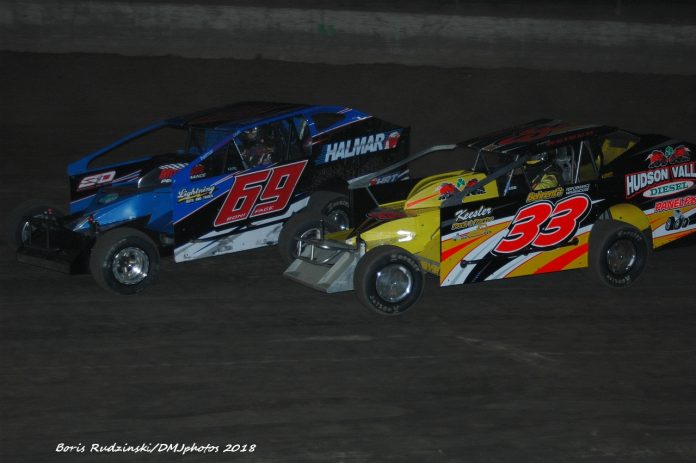 MIDDLETOWN, NY – With the hot summer months upon us, racing action on the Hard Clay of Orange County Fair Speedway will be just as hot with top drivers looking for wins at the historic five-eighths-mile Middletown race track.

It also marks the season’s second night of competition for the exciting Small-Block Modifieds. Their inaugural 25-lap feature on June 9 was won by defending division champion Anthony Perrego. He’ll be out to add to his win total, but will be challenged by more than two-dozen racers eager to dethrone the champion. Among the challengers are Craig Mitchell, Brian Krummel, Allison Ricci, Tommy Meier, and a host more.

Perrego is also the only two-time winner this season in the Big-Block Modified division. The ground-pounding 467 cid Modifieds race for a 30-lap feature distance. Jimmy Horton is the defending champion in the division, but former titlists Jerry Higbie, Tommy Meier, and Jeff Heotzler aren’t about to concede Perrego the 2018 championship.

In the Sportsman division, Jesse Leiby has had the hot hand, winning three 20-lap feature races thus far in 2018. Equally as dominant in his division, the full-body Street Stocks, is Jim Maher, who has also won three times this season. They’ll be in action as well this Saturday evening.

Information for all Orange County Fair Speedway action is available at the speedway website, www.orangecountyfairspeedway.net, or at the Track Office. Call 845-342-2573 during business hours.