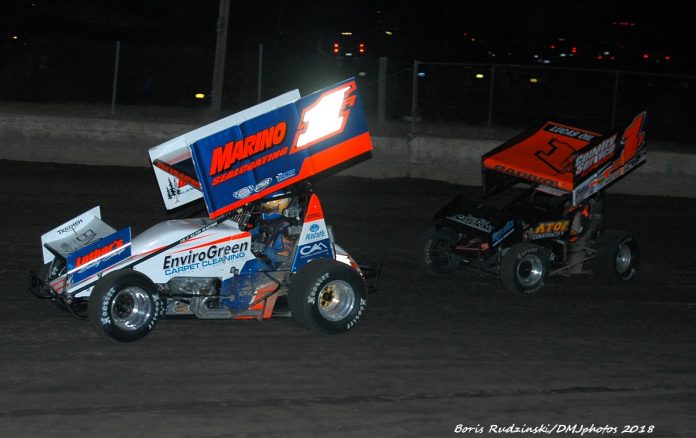 MIDDLETOWN, NY – Christian Rumsey made the short tow to the Orange County Fair Speedway from his Middletown home a worthwhile one as when the checkered flag waved he would end up in victory lane at the legendary House of Power. The win was the first of the season for Rumsey with the SuperGen Products with Champion Power Equipment CRSA Sprint Car Series. The event was the second round of the Hard Clay Challenge Series.

Rumsey and early season Middletown winner Thomas Radivoy led the stars and cars of the CRSA Sprint Car Series to the green flag with Rumsey taking the lead as the field entered turn two. Rumsey immediately began to pull away with Radivoy following in second. Fifth place starter Sydney Prince ran a distant third for most of the event however began to put the pressure on Radivoy for second in the late stages of the 20-lap event.

In the end no one had anything for Rumsey who would pick up the win over Radivoy, Prince, Scott Flammer fourth and Jeff Trombley fifth. Heat races were won by Prince and Dana Wagner. Radivoy remains the Hard Clay Challenge Series points leader.