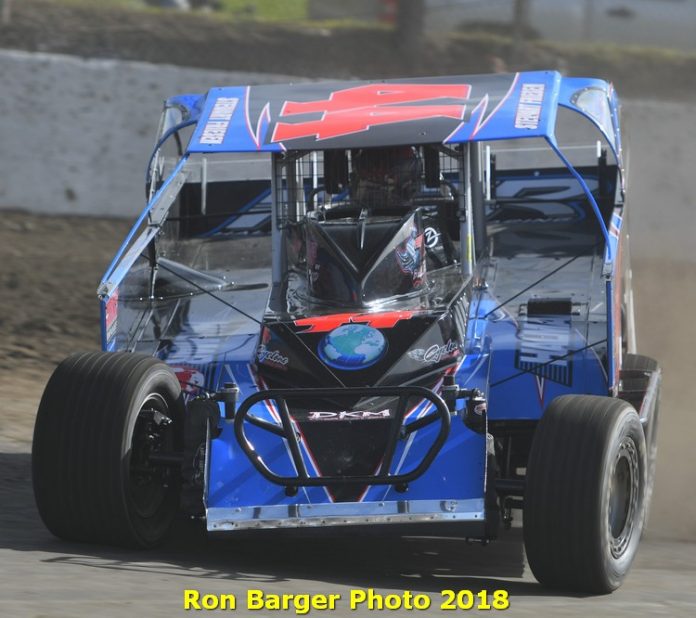 MIDDLETOWN, NY – Stewart Friesen picked up a $5,000 paycheck on Friday night, courtesy of his dominating performance in the past champions 20-lap Modified main event as part of Eastern States Weekend at the Orange County Fair Speedway.  He beat out teammate Jimmy Horton for the win.

“This is pretty special,” said Friesen after the win.  “It’s a neat format, kind of like the Chili Bowl.  We are looking forward to being a part of this for years to come.”

Friesen started on the outside of the front row with Horton alongside.  At the green the flag, Freisen and Horton raced side-by-side through turns one and two and continued that way down the backstretch.

“We raced pretty hard for a couple of laps,” stated Friesen.  “I was able to sneak up in front of him in turns one and two.”

From there it was smooth sailing for the Sprakers, N.Y., driver as he drove away from the field to pick up the first ever Past Champion’s feature event win.

Horton wound up coming home in second, with Bobby Varin, Tommy Meier and Billy Decker rounding out the top five.