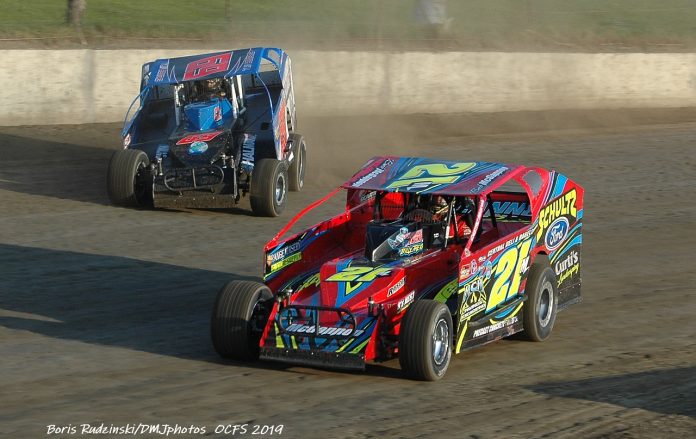 Waltrip won’t be the only NASCAR presence felt at the Centennial Race Weekend, as Stewart Friesen and Sheldon Creed are set to face off in a special exhibition in their NGOTS trucks at OCFS, in a first ever experience. With an all-new clay racing surface, drivers and fans alike are excited to see what kind of speeds a NASCAR truck does at “The House of Power” with one of the sport’s greatest legends there to see it all go down.

In 2007, Waltrip ushered Toyota into the MONSTER ENERGY NASCAR CUP SERIES as team owner for Michael Waltrip Racing and driver of the No. 55 Toyota, leading the manufacturer’s efforts in its first year of Cup competition. Waltrip opened the doors of his one-of-a-kind race shop and fan experience in a former movie theater in Cornelius, N.C., and welcomed Rob Kauffman as co-owner in the fall of 2007. In 2012, MWR earned its first two berths in the Chase for the NASCAR Cup with Clint Bowyer, who finished second, and Martin Truex Jr. In 2010, Waltrip segued to a part-time driving schedule and scored two top-five finishes in only four starts in 2013. MWR campaigned fulltime in the Cup Series through the conclusion of the 2015 season.

The Owensboro, Ky., native spent 33 years as a driver in the MONSTER ENERGY NASCAR CUP SERIES. He won the 2001 and 2003 DAYTONA 500, making him one of 10 multi-time winners. Waltrip owns four Cup wins and four pole positions, alongside 11 career NASCAR XFINITY SERIES wins and one NASCAR GANDER OUTDOORS TRUCK SERIES victory – at the 2011 Daytona race in a last-lap pass. He made his Cup Series driving debut in the 1985 COCA-COLA 600 at Charlotte Motor Speedway, where he also won the 1996 NASCAR ALL-STAR RACE, as well as the 1991 and 1992 Winston Open and 1995 Winston Select.