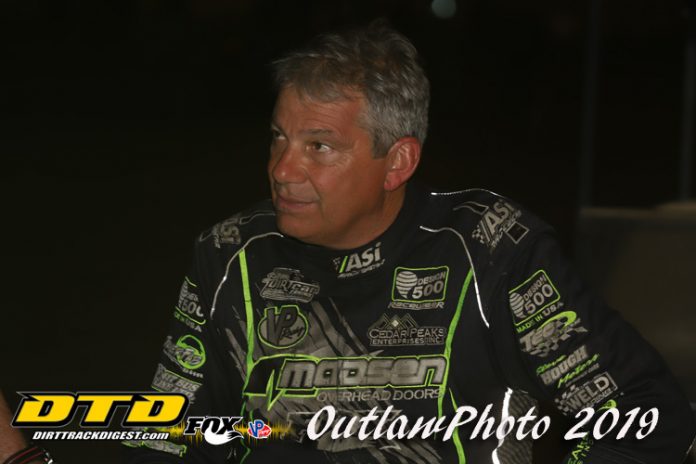 MIDDLETOWN, NY – Brett Hearn, dirt track Modified racing’s all-time winning driver has been named Director of Motorsports at Orange County Fair Speedway in Middletown, New York. The winner of 919 feature races and 94 track and series championships at 49 different speedway in ten states and two Canadian provinces, Hearn also holds most of the Orange County records as well. Those records include 308 feature race wins and 24 overall track point championships in a career that began at the Middletown track in 1975 and culminated with his 16th Modified division title this past season. Hearn will oversee all activities at the historic fairgrounds involving motorsports races and exhibitions.

“It was an unexpected honor to be named Orange County’s greatest driver by the fans, and humbling as well,” said Hearn of the award announced last year during the track’s Centennial Celebration of racing. “Being chosen Director of Motorsports by (fairgrounds managers) Chris Larsen and Mike Gurda is a challenge I’m really looking forward to.”

“Thanks to Chris and Mike, the track has a firm foundation,” Hearn continued. “From my years of experience competing at dozens of different tracks, I’ve seen what makes a good, solid racing program. What works and what can be improved upon. My goal is to draw on this experience to ensure that both the fans and the competitors can honestly say racing at Orange County is the best in the entire Northeast.”

Hearn is not a novice in the managerial side of racing, having promoted 11 “The Big Show” race meets at Orange County and Albany-Saratoga Speedway. “I have no illusions about putting on one race annually and overseeing a weekly program. There’s a big difference and I’ll certainly be leaning on Mike, Doug Dulgarian, and the office staff for advice as issues arise,” he said.

Hearn believes Orange County is on an upswing and that the new track surface put down last season has been one of the key improvements. “We saw really good racing at the end of last year, including the Eastern States 200,” he said, speaking as a competitor. “I want to be sure that Orange County has the best track surface that produces multi-lane quality racing.” He also addressed an on-going issue that has put fans and participants on opposite sides. “We’re going to allow infield spectating on trailers at the same time minimize sightline problems for the fans,” he said.

Hearn also said the weekly racing format will reintroduce a fair and entertaining handicapping system to establish qualifying heat lineups. And he added there’s a solid schedule with a couple of breaks for other fairgrounds events. Orange County will continue to be the best-paying weekly track with the most lucrative season-long point fund.

“This may be the off-season for racing, but you can’t prove that by me,” concluded Hearn. “This is my busiest December ever. I like the challenge and the responsibility that comes with the territory. And I always strive to do the very best I can. Orange County Fair Speedway is now my main focus.” 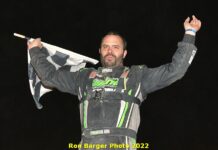