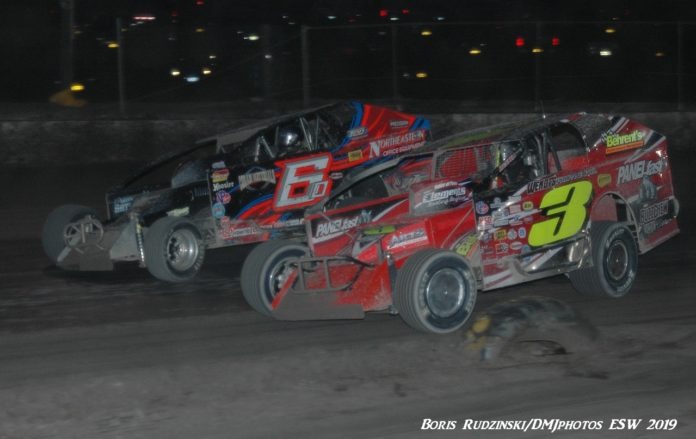 Last year, the Middletown, NY landmark celebrated its centennial in grand fashion. Along with DIRTcar, Orange County Fair Speedway is well-situated to excel in providing professional, high-speed racing action with many of the best Big Block Modified drivers in the country each and every week.

Orange County has been running weekly racing since 1950 and has been in operation since 1919. The .625 of a mile Orange County Fair Speedway is the site of one of the most prestigious Big Block Modified races in the world, Eastern States 200.

This year, the Eastern States 200 is the final points-paying race before the Super DIRTcar Series heads to The Dirt Track at Charlotte for the Can-Am World Finals. It’s also the only other 200-lap Big Block Modified race along with the Billy Whittaker Cars 200 on the schedule.

Another highlight on the schedule falls on Sunday, August 2 when the World of Outlaws NOS Energy Drink Sprint Cars return to Middletown.

Some of the greatest legends dirt modified racing called the famous fairgrounds oval at Middletown home. Drivers like Frankie Schneider, Buzzie Reutimann, Will Cagle, Gary Balough, Jimmy Horton, and of course Brett Hearn. But others made their mark too like Rick Eurich, Jeff Heotzler, Stewart Friesen, The Doctor Danny Johnson, and dozens more.

Brett Hearn took the 2019 track championship against a stout field including Tommy Meier, Mike Gular, Horton, Jerry Higbie, Anthony Perrego, and more. This year the field is even more competitive: Matt Sheppard and Mike Mahaney will join the fray on Saturday nights.

Recent renovations to the grandstands, fencing, pit area, restrooms, and a new, racy track surface that compliments the Hoosier Racing Tire have been key to the rejuvenation of the century-old race track attracting new fans, racers, and sponsors. Chris Larsen and his Halmar International have been the key to the historic track’s future.

Don’t make your trip to Middletown a day trip. The Middletown population is just under 30,000, which finds many activities for visitors from shopping malls, theaters, and parks. Resorts World Catskills Casino is just a short drive away and of course, New York City is a little over an hour away.