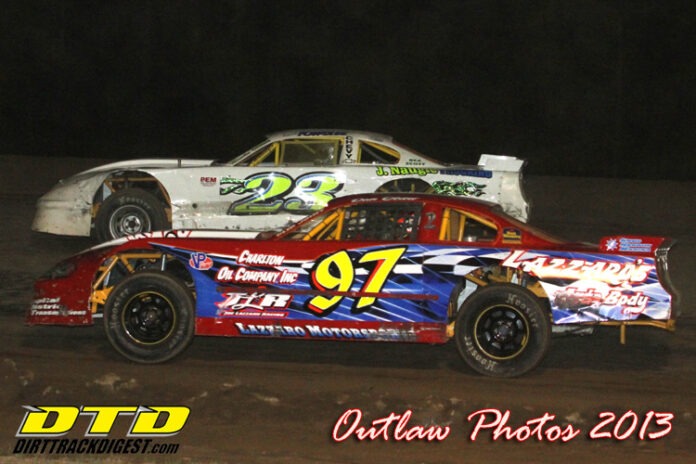 The 50th NAPA Super DIRT Week entry list now includes the St. Louis-area motorsports veterans as they aim for a starting spot in the DIRTcar Pro Stock 50 on Saturday, October 8. Both have raced on the asphalt at Oswego in the past – Schrader’s 1989 NASCAR Modified Series start and Wallace’s ASA Late Model appearance in 1986 – but this time, it’s all dirt.

They’ll each take the reins of a Pro Stock for the first time, competing against the region’s best racers in the division for a shot at the $2,000 grand prize and Northeast racing immortality.

Though it’s been 30-plus years since they last battled inside the hallowed walls of The Steel Palace, both Schrader and Wallace have always wanted to make their return and experience the Northeast’s largest motorsports spectacle from the driver’s seat.

“I put it on the schedule last winter, and I highlighted it,” Schrader said. “Once I’ve highlighted it my little planner, it’s gonna happen. Nothing’s going to mess it up.”

“I know from just hanging around [the racing community] how big of a deal this is,” Wallace said. “We don’t talk about it much, but Oswego is huge.”

Though he’s never competed at Super DIRT Week before, Schrader does have a Big Block start on the Syracuse Mile at the New York State Fairgrounds – once piloting a Billy Decker backup car for an early 1990s Independence Day weekend special. He also owns a Super DIRTcar Series victory – on asphalt – at Sanair Super Speedway in Quebec, Canada, in 1989.

Hearing of Super DIRT Week’s size and prestige, Schrader came back to Syracuse in October of 1996 to see the 25th running of the Billy Whittaker Cars 200.

“We didn’t have a NASCAR Cup race that weekend, and I took the camper up there,” Schrader recalled. “Wow, what an event.”

Though Wallace never competed at Syracuse in his career, he has made laps around Oswego – 36 years ago. Wallace drove an Asphalt Late Model around the 5/8-mile oval in 1986 and finished 4th to race winner Mark Martin.

He’s turned laps in a Big Block with the Super DIRTcar Series on two occasions – running 15th in a field of 32 at the 2007 Advance Auto Parts 60 at Virginia Motor Speedway, and most recently a start in The Big Show X at Albany-Saratoga Speedway in 2018. He also made an unsanctioned Big Block appearance at Humberstone Speedway in 2009.

“I’ve ran those cars, and when you look at Brett Hearn or Stewart Friesen… those cars are beautifully handcrafted – a lot of heliarc welding, beautiful aluminum work,” Wallace said.

Since their time spent racing in New York, both Schrader and Wallace have learned a lot about the reputation of Super DIRT Week and the expanding following it’s kept since its relocation to Oswego in 2016. This October, they’ll get the chance to experience the biggest edition yet.

“The fact that the campers fill the town, the party atmosphere… the whole weeklong thing is why you want to be up there,” Schrader said.

“We all know that is the #1 racing fanbase in America; that’s just common knowledge,” Wallace said. “People don’t like to admit it, but New York is the place.” 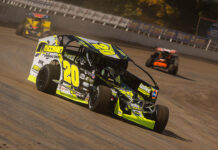 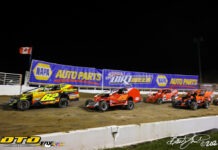