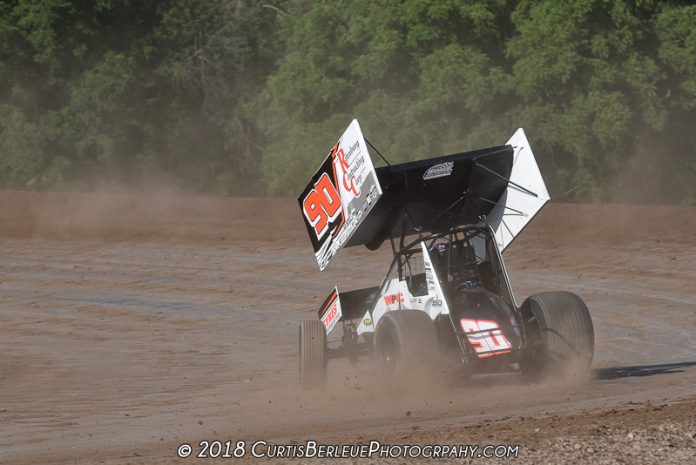 DUNDEE, NY – Matt Tanner and Chuck Hebing can relax a little bit more knowing they will be starting on the front row of the Outlaw Summer Nationals paying $6,000 to win Saturday night.

An unique format was in store for the 23 PST competitors in attendance as Twin 15’s was on the program with the winners guaranteeing themselves on the front row for Saturday nights A Main.

In the first Twin 15, Tanner took complete advantage of starting on the front row alongside Danny Varin and jumped out to the lead in the opening circuits.

Varin would fall into second as Jeff Cook and Jason Barney would battle for third. Barney would begin to run the low lane getting by the Varin car on lap five. Cook was also able to get by Varin running a similar racing line as he would try track down the racing leaders in Tanner and Barney.

Tanner was no match for anyone and checked out from the rest of the field to take home the first preliminary A-Main of the night. A drag race to the line for second was won by Jeff Cook and Jason Barney would settle for third.


In the second 15 lap event, Chuck Hebing was able to continue his winning ways this season taking the checkers over Jordan Thomas and Steve Poirier.

The initial start was key for Hebing as Steve Poirier attempted to take Hebing’s line away but he would shoot down to the bottom taking the lead out of two. Hebing was able to get out in clean air and pull away from the rest of the field.

Jordan Thomas, who started in third began to work on Poirier for the second spot and was able to get by him on lap nine.

A few laps later lap traffic would get in Hebing’s line allowing Thomas to gain ground on the race leader.

Hebing, however, was able to hold on for the second Twin 15 win over Jordan Thomas and Steve Poirier. All three drivers have locked themselves in for the Saturday night A-Main.

We now set our sights on Saturday Nights Outlaw Summer Nationals presented by A-Verdi Storage Containers and Scorpion Security Products. The 30 Lap A-Main will pay $6,000 to win and $400 to qualify. 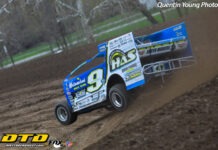