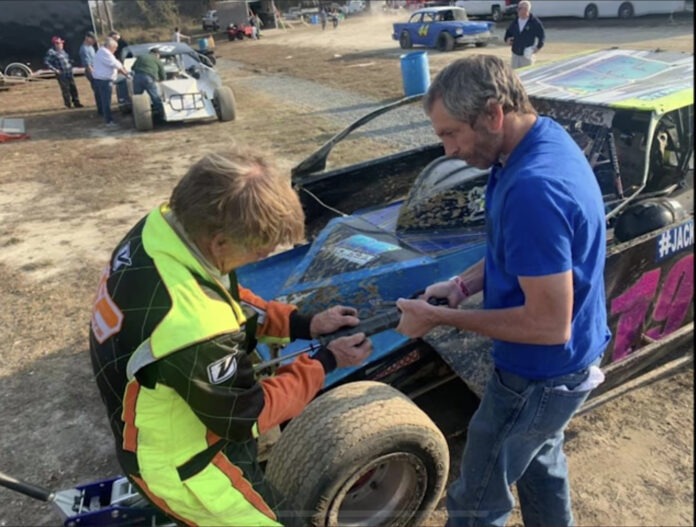 DUNDEE, NY – On December 29th, 2020 the Northeast racing community lost a valued member of its community when long time racer and promoter Mike Jackson lost his fight with cancer. The outcry of support that followed flooded social media in the off-season which is when an idea was born.

Jackson who used to be the promoter at Outlaw Speedway which was called Black Rock Speedway at time, then raced after his time running the Dundee, NY facility. Now it is run by Tyler Siri and his team. Tyler wanted to honor his friend and former promoter.

The Mike Jackson Memorial race will be run on Friday May 14th at Outlaw Speedway in Dundee, NY. With the event being 49 laps and $2,219 to win. Jackson’s daughter Hannah threw her hat into the promoting ring, something her father has done in the past.

“Tyler Siri decided he wanted to do a memorial race for my dad.” Hannah Jackson said. “It is fitting because he promoted that track. They decided they were gonna do it in the sportsman division because that’s where he raced mostly over the last couple years.”

Hannah who is very vocal on social media and in the racing scene, took it upon herself to make her dad’s memorial race one to remember. However she can’t do it alone.


“I then took it upon myself to tell my Uncle Stacy Jackson and Kirk Reynolds. Kirk has done nothing but help me and he’s been wonderful. He’s helped me make it big and now it’s one of the biggest crate sportsman races of the year.”

When Jackson lost his fight, it was an out pour of support for the Jackson family. I The stories, video tributes all come out in support for them and to remember their friend who passed. When this race was announced by Hannah it was no different.

“It’s crazy.” She said. “I didn’t really think anything of it. I posted the promotion of the race and I posted it Monday (March 15th) and it hasn’t even been a full week yet. It’s just been overwhelming, I’ve gotten so many phone calls, so many people who wanna help. I guess I just didn’t realize the impact my father had in the racing industry in the northeast. Now seeing this is amazing.”

While many who promote tend to look at the big car counts are, that’s not all that Siri & Jackson are looking at. It’s all about how everyone feels during the event. As Jackson made a lot of friends throughout his time on this earth, many of them will race in this event.

“I honestly think making it a success would be it being a great day.” She said. “Everybody being there and knowing we pulled it off. If we have a great car count that would be amazing. I want to have a ton of cars. I watched other series have a ton of cars for $1000. We have an event that was suppose to be $1,919 to win but now is $2,219.”

“It isn’t just an event of ‘Hey if you win you get this.’” Hannah said. “We have prizes  the field. Third place is getting a free pair of headers. All of our heat winners are getting extra money and a plaque. It’s pretty spread out.”

“I think he would he extremely proud.” Jackson said. “He would be telling me to do it, do it with all my heart and to go big or go home. If he was gonna do something he was gonna do it very largely and known. He wasn’t a quiet man about anything.”

It was never a doubt for Hannah whether or not the race was gonna happen, but with her dad being a promoter and Outlaw being his home track, it just made sense.

“I think we would have done this race whether or not he was a promoter.” She said. “Tyler and my dad were good friends. We didn’t get to have any calling hours because of COVID. This puts it where we needed to do something in his memory of him. We are race car drivers and that’s where he made his mark.”

As for the current Outlaw Speedway promoter Tyler Siri, to honor his good friend means everything to him.

“It’s such an amazing way to honor Mike.” Tyler said. “I’m humble that we get to host this memorial race at Outlaw. A place where mike made his mark.”

Draw For Heats, Redraw for Feature

Hard Charger and Worst Luck $119 Each

American Racer or Hoosier tires allowed. $150 awarded to the first Hoosier tire car across the line. $100 to second, $50 to third Hoosier Tire

Wicked Tee’s donation hats for redraw and other things.

3rd place finisher gets a free pair of headers

Donath Motorworxs is donating plugwires, value springs to the last non qual through the consi

Nick Guererri Promotions $50 for each 5th place in the heats.

1st Troyer Chassis across the line gets $100

Thunder Mountain Speedway Pit Side Products $200 Gift Card for any heat winner who wins the feature $150 to the winner if no heat winner wins. 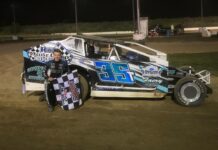 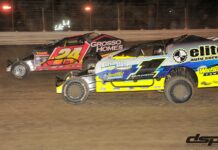 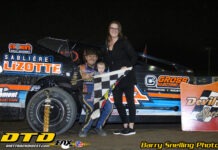