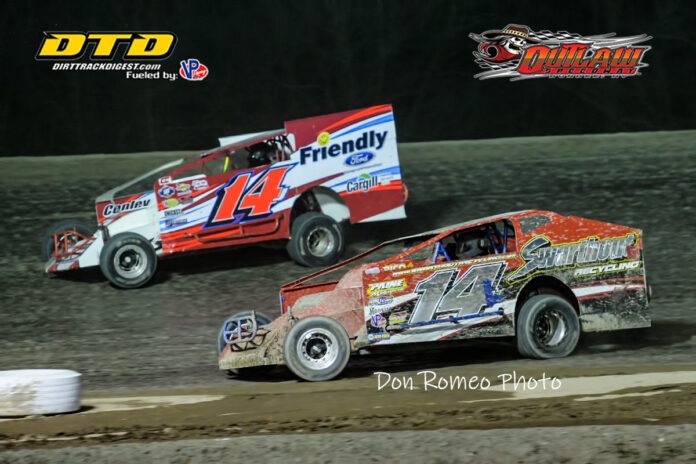 DUNDEE, NY – The local race community lost one of its biggest supporters this past year when Horseheads, NY businessman, Roy Silvers succumbed to the deadly Coronavirus. The father of noted Crate Sportsman racer, “Hollywood” Chris Silvers, Roy was not only a proud dad, but a dedicated sponsor thru his company, Silvers Auto Sales.

“Roy was one terrific guy, claimed Outlaw Speedway owner/promoter Tyler Siri. He not only was a big supporter of his son, Chris, but he also supported Outlaw Speedway for a lot of years. His untimely death came as a real shock to all the local race community and it is only fitting that we host a night in his honor and memory.”

After two high profile events in the Lucas Oil Nationals along with the Cindy Lane Memorial Spring Nationals to open the season, the Outlaw Speedway will now shift gears and roll into its regular weekly Super 7 Shows where all racers will begin competing for top point paying positions.

The headline Friendly Chrysler, Dodge, Jeep, Ram Modifieds will feature a star-studded field of top drivers all vying for the $2,000 paycheck for winning the 30-lap feature event. The Sunrise Insulation American Racer Tire Sportsman along with the Speed Connection Hoosier Tire Sportsman will both be on the card and like the past two years it will be interesting to see how many drivers will try and “Do the Double” by competing in both super competitive Crate Sportsman classes.

Glen Whritenour will be back to try and claim his third track title in the past four seasons in the classy looking Stan’s No Tubes Street Stock Division, however several other drivers will be gunning for Whritenour in his quest to defend his 2020 Championship in the popular full fender class.


The NAPA Hobby Stocks continue to grow in popularity as car counts increase each season in this relatively affordable class of competition. Like Modified standout, Super Matt Sheppard as well as Whritenour in the Street Stocks, 2020 NAPA Hobby Stock Track Champion, Wayne Ellison completely dominated the field and he will be back to defend, but like every other driver in every class all competitors have thrown their hat into the ring as being a class champion in 2021.

The Winners Circle Deli 4 Cylinder Mini Stocks will also see action on April 23 as a mixture of both Front Wheel and Rear Wheel Drive machines slug it out to see which driver can have the bragging rights.

Last but certainly not least the Lane’s Yamaha 360 Sprints will have their first full blown point show of the year and with all the excitement surrounding the class, several top 360 jockeys are all staking their claim to the Inaugural Outlaw Speedway Lane’s Yamaha 360 Sprint Car Track Championship including Craig Lane who along with his Hall of Fame Father, Mal Lane and brother/crew chief, Keith Lane will make a return to 360 Sprint Car racing after many years of retirement.

With uncertainty still surrounding fan in the stand’s attendance due to the ever-changing NYS Governor’s Office and Health Department regulations those wishing to attend are highly encouraged to keep pace with track protocol pertaining to spectator attendance by going to www.facebook.com/OutlawSPeedwayLLC/.

For all other information including the complete 2021 Outlaw Speedway schedule of events, track contacts, rules as well as directions to the famed Yates County oval simply click on at www.outlawspeedwayllc.com. 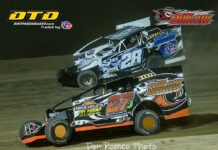