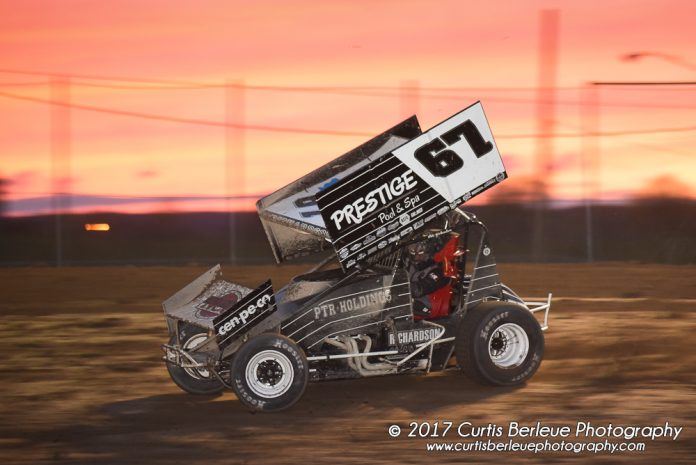 DUNDEE, NY – The grueling racing month of June continues for the A-Verdi Storage Containers Patriot Sprint Tour as they visit Outlaw Speedway this Friday, June 16 for the second time this season. The following night, the teams will then venture south to the fastest track on the tour, the Selinsgrove Speedway on Saturday, June 17.

The tour visited Outlaw Speedway back in late April when Bradford, PA driver, Jared Zimbardi clinched the victory over Bobby Breen and Jordan Thomas. Zimbardi has been the driver to beat at Outlaw Speedway over the last few seasons having five wins at the 4/10-mile oval since 2015. He will be joined this Friday against a stout field of competitors that includes; Darryl Ruggles, Jordan Thomas, Jonathan Preston, Joe Trenca, Kyle Drum and Steve Collins.

On Saturday, the Patriots will take on the weekly competitors of the Selinsgrove Speedway for the 14th Annual Joe Whitcomb Memorial, which pays $2,571 to win and $271 to start honoring the memory of the late open wheel competitor who succumbed to injuries that were sustained in a sprint car racing accident back in June of 2003.

This weekend’s races will not be the last fans will get the chance to see the Patriot Sprint Tour at each respective facility. The tour returns to Outlaw on Friday August 4, during NASCAR weekend at the Glen, and then Friday, September 22 for the second annual Outlaw Fall Nationals. The tour also revisits Selinsgrove on Saturday, September 2 part of a Labor Day Triple Play in Central PA when the series also visits Williams Grove Speedway on September 1 and Path Valley on Sunday, September 3.