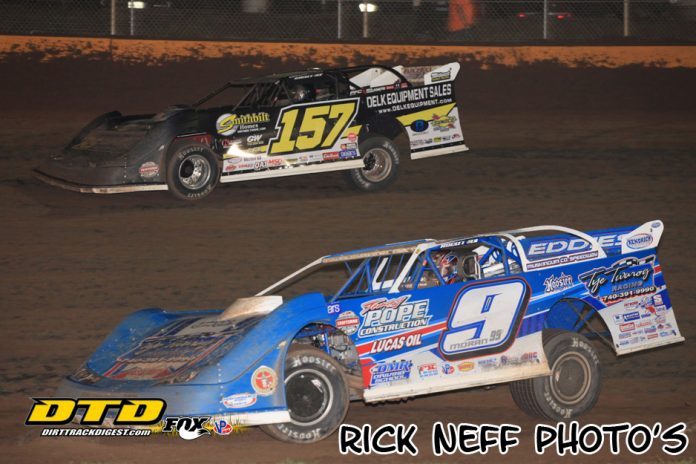 CONCORD, NC – The World of Outlaws Craftsman Late Model Series will make its inaugural visit to Outlaw Speedway on Friday, September 21, as part of the New York track’s two-day Fall Nationals. A 50-lap feature will determine who takes home the $10,000 paycheck and bragging rights for the Series debut.

After Chris Madden’s win at Shawano Speedway, he and Mike Marlar are tied for the championship points lead with defending Series Champion Brandon Sheppard leading the wins tally at nine but still trailing Madden and Marlar by 46 points.

Sheppard and Marlar both have wins in New York this year, but Madden took the win at Lernerville Speedway, another fast 4/10-mile clay oval like Outlaw Speedway. Sheppard and Madden have also had previous successes at the 4/10-mile Dirt Track at Charlotte.

In addition to the World of Outlaws Late Models, a slew of other divisions will compete at the Dundee, New York, track over two nights of the Fall Nationals, including the PST/ESS/URC Sprint Cars, Outlaw Sportsman, Crate Late Models, and Hobby Stocks. There is something for everyone during this double-header weekend.

Outlaw Speedway is located on Route 14A just outside of Dundee, NY, in the heart of the Finger Lakes Region of Upstate New York, just a short drive from Watkins Glen and Geneva.

From Dundee, the Outlaws return to Selinsgrove Speedway for the 20th annual Late Model Nationals on Saturday, September 22.