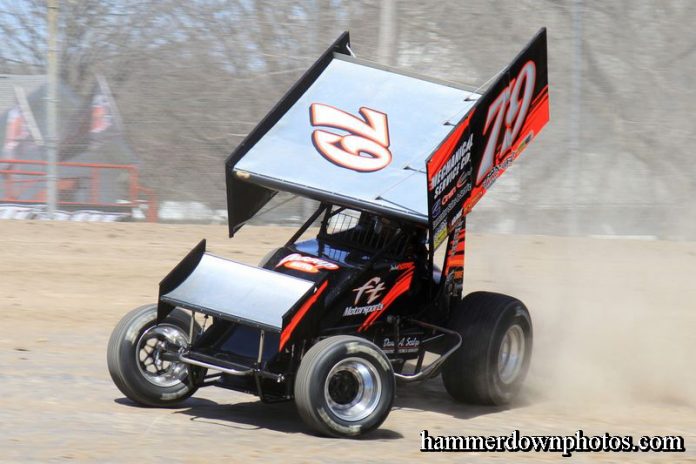 DUNDEE, NY – The month of money will continue this weekend at Outlaw Speedway for the 4th annual Outlaw Fall Nationals. An event that continues to grow for 360 sprint car teams as they will battle for $5,000 to win and $400 just to qualify on Saturday, September 21.

If anyone recalls the inaugural Outlaw Fall Nationals back in 2016, it was a race for the ages between Chuck Hebing and Josh Weller with the Cobra taking the exciting win. Hebing would defend his title in 2017 by also winning the second addition of the event. Last season, it was Wantage, New Jerseys Davie Franek picking up the win and it was an emotional one as he paid tribute to the late Greg Hodnett who lost his life in a sprint car accident the week prior.

Friday night will entice several teams to join in on the track activities as there will be 15 lap-winner take all dash for cash paying $500. On top of that, the top two from the dash will be guaranteed the front row to Saturdays A-Main event. The dash line up will be based on time.

Patriot Sprint Tour and Empire Super Sprint technical rules will be accepted this weekend. Saturdays format will be open draw for heats, passing points will then be tabulated to determine an eight car dash. That dash will determine rows two through five. Rows six through ten will line up from passing points, the remaining four spots will come through the B-Main.

A full purse structure and rules have been posted on Patriot Sprint Tour Social Media.

For more information regarding the rest of the 2019 season, please be sure to visit patriotsprinttour.com or by liking the Patriot Sprint Tour on facebook, following our twitter and Instagram @PatriotSprints.