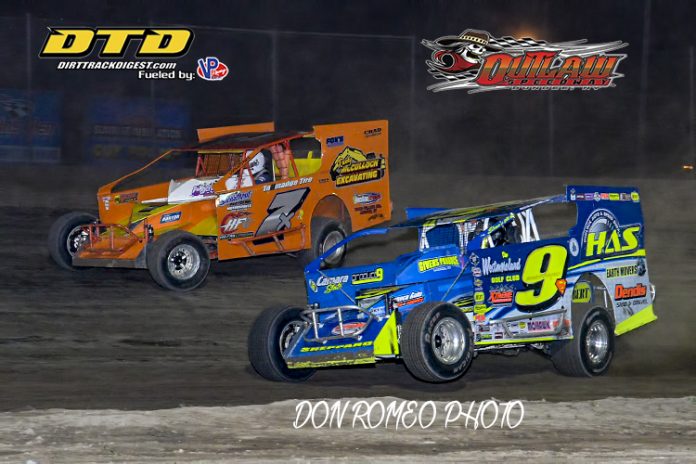 Sheppard has basically mirrored “17” not only racking up the wins at Outlaw Speedway but at virtually every track he unloads his potent number 9 machine.