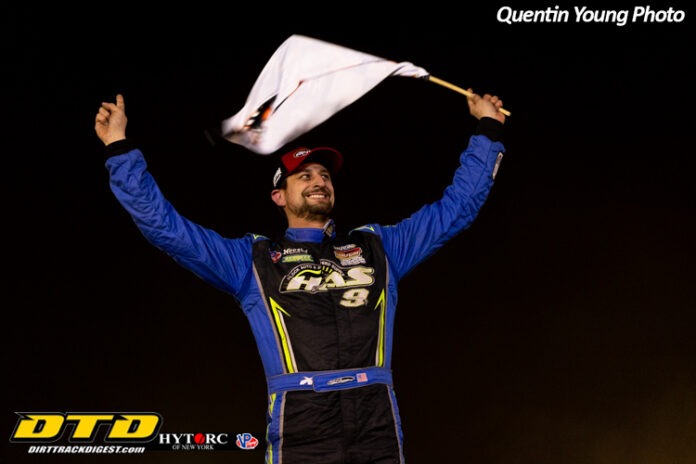 DUNDEE, NY – Matt Sheppard wasn’t planning on racing on Friday night.  It wasn’t until a social media post around 6pm on Friday evening that he announced he’d be attending the Roy Silvers Memorial at the Outlaw Speedway, a track he dominated on Friday nights for many years.

The decision to make the trip to the Dundee oval paid off as Sheppard made his way from his 5th place starting spot in the feature to take the victory, worth $2,166.  Danny Johnson finished in second with Bobby Varin, Kyle Coffey and Phil Vigneri III completing the top five.