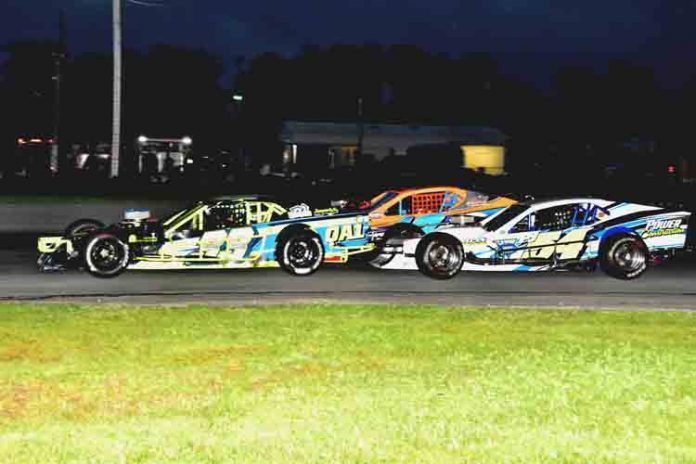 All kids 10-and-under will not only receive a free admission but also a ticket for the bicycle draw from Wilbert’s U-Pull It and the Race of Champions. Three bikes will be awarded to lucky children in attendance.

“Kids Night @ The Races”, will be highlighted by the annual bicycle race down the front straight, and several activities including face painting, a coloring contest and a balloon artist. Kids will also be able to go on a “Pit Tour” with parents from the Sodus Microd Club. Small groups of children will be chaperoned through the pits for a brief Tour to see what goes on “behind the scenes” on a race night, along with the ability to seek an autograph from a driver.

The “Food Truck Frenzy” featuring local food trucks and tastes from the area will also make its return.


The gates open at 5:00 pm at Spencer Speedway for fans, with qualifying to follow at 7:15 pm.

Tickets: $12 General Admission; $10 for Seniors/Military (65 years and older and Military with proper identification); Children 11-to 15 years of age will be $8; Family Four Pack $40; Children 10-and-under will be Free for this event.

What: The Race of Champions Asphalt Modified Series “Kid’s Night @ the Races”.