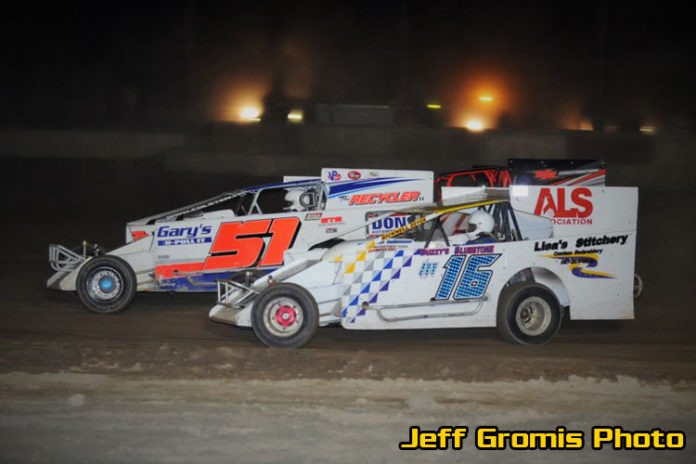 SUSQUEHANNA, PA – “To listen is to be heard” – New promoter, Doug Borger, of Penn Can Speedway released the 4 cylinder rules and the feedback was enormous. A meeting was called to modernize the rules and bring the class up to a new level. First on the agenda was the wheel base number. The old rules had 103 inches. The new rule will be up to 106 inches.

Next on the agenda was a locker transmission. The majority raised their hands when asked if the ran them. So has not to put undo expenses, a weight rule will now go into effect.

“I’m new to this field and learned a lot the past three weeks. It was decided to add the weight rule to make the class better. One pound of weight for every cc. The numbers must be placed on the driver’s side front door jam so the scale official can easily read it. This division is just as important has my other divisions so we needed the adjustments”.

Dylan Robinson talked about the meeting with Borger.

“This is the first promoter who actually took the time to listen to our concerns. We were able to talk about our concerns along with the upcoming season. I can’t wait for racing to start at Penn Can.”


Keeping cost down for the racers is still priority for Borger. After receiving enough calls with concerns for a weight rule and tire rule, Borger has adjusted rules in the modified and 602 sportsman. Both divisions will see an American Racer tire compound rule. The left rear will be 44 and the right rear will be 48. The modified division will see a weight rule put into effect. Motors with 365 cubic inches and up must weight a minimum of 2500 lbs. Motors 364 cubic inches and down will have a minimum weight of 2400.

“I didn’t have the time to bring in the clay for the season. Since I’m not sure how the track is going to react to what we do, so it was decided to stay with the hard compound. I didn’t want teams buying softer tires only to burn them up. This will be the last amendment to the rules for all divisions. At the end of the year, I plan to have meetings with each division to tweak what we need to. We will have a year under our belts and better info on what is needed for year two”. stated Borger

Borger will be announcing a new sponsor for the modifieds in the upcoming weeks. Plans are now being finalized. Look to the website for important news.