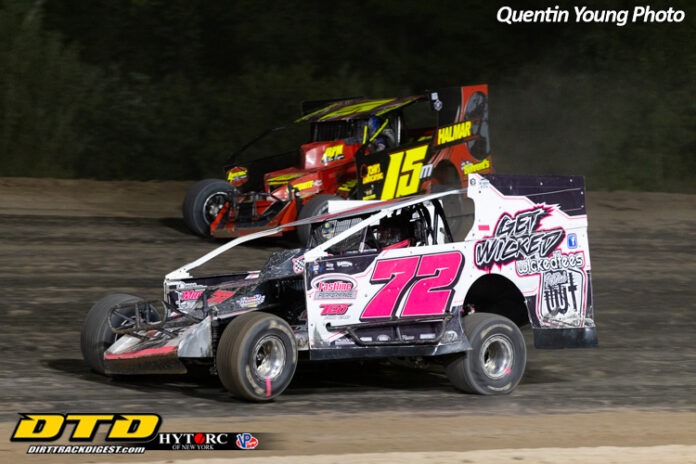 PORT ROYAL, PA – For the Crates.

Ice Less LLC has signed on to present the ‘Speed Showcase 50’ for the Crate 602 Sportsman at Port Royal Speedway.

STSS Crate 602 Sportsman competitors race for their largest purse of the season, with the winner of the 50-lap affair taking home a $4,000 top prize.

A total purse of more than $15,000 is up for grabs in Round No. 5 of the Belmont’s Garage South Region for the Crate 602 Sportsman.

Defending series champion Joe Toth leads the field into the sprawling half-mile, with a 100-point advantage over Tom Sherby, the winner of the ‘Blast at the Beach’ at Georgetown (Del.) Speedway.

On Friday (Oct. 14), the Crate 602 Sportsman join in Bob Hilbert Sportswear Qualifying Night. The STSS Crate 602 Sportsman take part in 15-lap qualifiers to begin setting the field for Saturday’s (Oct. 15) main event. Each qualifying event pays $250 to the winner thanks to Belmont’s Garage of Langhorne, Pa.

Ice Less manufactures organic based performance enhanced liquids that can be used to anti-ice or de-ice. IB793 is used to anti-ice directly on pavement or concrete surfaces prior to storm events. IB460 is used to treat rock salt, turning it into one of the best-working economical de-icers on the market known as “Melt More Plus.”

Ice Less specializes in “Melt More Plus” which is a treated rock salt that works in lower temperatures, lasts longer, is safer on metals, concrete and the environment. When winter hits cold and hard, you need to melt more.