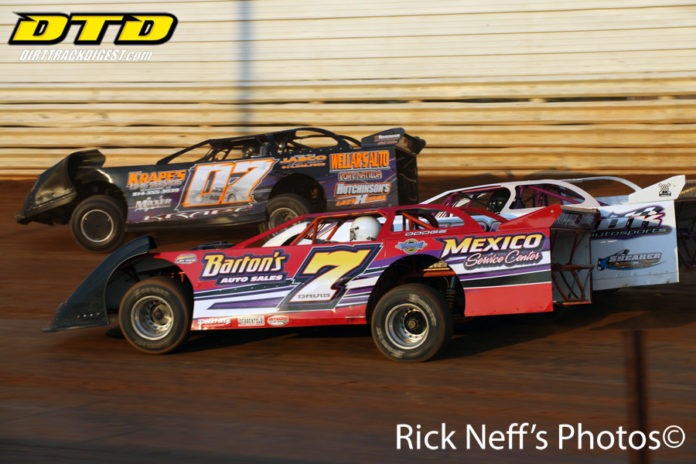 The season opener will be a blockbuster early season program featuring the Weikert’s Livestock 410 sprints and the River Valley Builders super late models in a 35-lap, $3,000 to win Blastoff Season Opener.

The Blastoff Late Model main will not only pay 3K to win but it will also serve as a qualifier for the upcoming June Late Model Speedweek event at Port Royal.

Also on the opening night card will be a Mason Dixon Shootout Series race for 358 late models paying $1,000 to win.

Stellar fields in all divisions should be expected as all are anxious to race and the Port Royal event will be just the first or second race of the season for each class in action.

The first 500 general admission fans through the gates beginning at 3 pm will pick up a free 2017 schedule magnet, courtesy of Juniata Beverage.

Adult general admission for the first show of the season is $20 with students ages 12 – 18 priced at JUST $7.

Port Royal Speedway returns to action on April 1 with the first Camera and Autograph night of the season featuring 410 sprints, super late models and the first race of the season for the Creasy Signs 305 sprint car series at the oval.