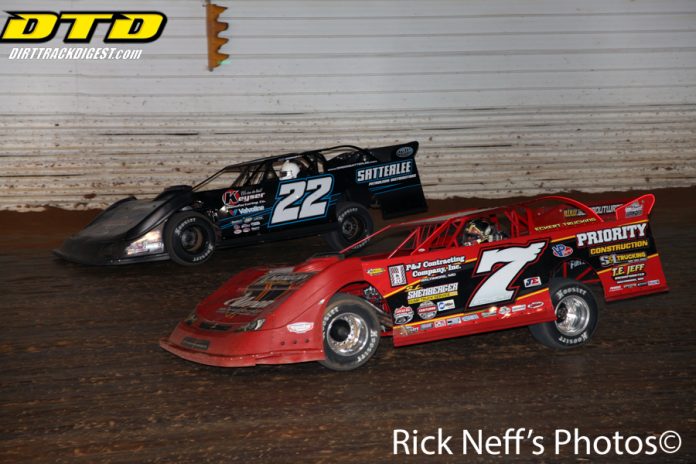 PORT ROYAL, PA – Port Royal Speedway will welcome back the World of Outlaws Late Models for a contest with their Pennsylvania Posse counterparts this Saturday night, August 19 at 7 pm.

A fantastic Saturday night dirt track doubleheader will include the Weikert’s Livestock 410 sprints also in competition.

It has been since 2008 that the World of Outlaws Late Models competed at historic Port Royal, when Clint Smith of Senoia, Georgia, took the victory.


Prior to that, Darrell Lanigan of Union, Kentucky, took a win in the only other Port Royal circuit visit in 2007.

Weekly late model competition sponsored by River Valley Builders at Port Royal this season has been unparalleled in intensity and action with only one driver able to repeat in the 14 races held.

Shermansdale’s Lupfer is currently leading the season point standings in a quest for a third track title.

On the World of Outlaws side of the equation, Brandon Sheppard of New Berlin, Illinois, has been the top point getter and winner.

With the 2017 Port Royal point season heading toward the checkers, both Mike Lupfer and 410 sprint point leader Dylan Cisney need to continue their string of 2017 qualifying and up-front runs in order to claim their respective track titles.

The sprint division has a tight race ongoing with hometown Port Royal driver Cisney leading the way by
155 markers over TJ Stutts with Brock Zearfoss chasing in third, just 185 points out of the lead.