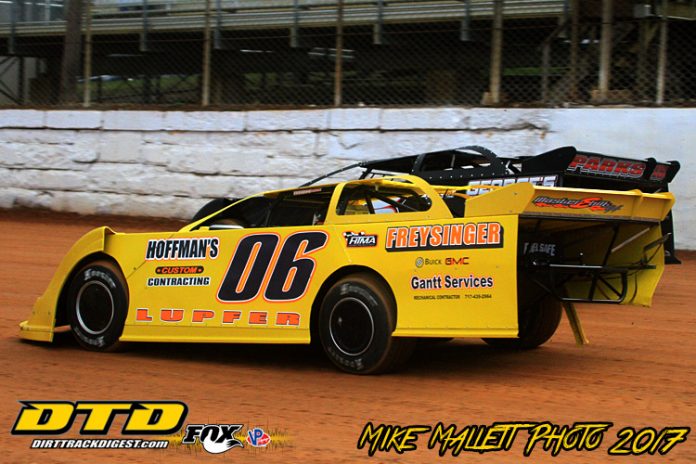 PORT ROYAL, PA – For the first time in history, a super late model back-to-back, doubleheader is coming to Port Royal Speedway in 2018 as part of the prestigious Bob Weikert Memorial weekend program on May 26 and 27.

Sanctioned by the Northeast Ultimate Super Late Model Series, the mighty stock cars will race in $3,000 to win and $5,000 to win events respectively, both paying $400 just to start.

Sunday’s NUSLMS event will be spun off as a companion to the big $10,000 to win 410 sprint Weikert Memorial main.

Having already become a massive program at the track attended by thousands each May in just the few short years the Weikert Weekend has been run, the addition of the super late models to both days of the program makes the Port Royal promotion a massive, can’s miss event in 2018.


The weekend includes tributes to those who lost their lives in racing accidents at the oval during its history along with homage to late, great car owner Bob Weikert and his famed No. 29 sprint car.

Other promotions are planned for the weekend including fireworks and fan giveaways.

More details on this huge Port Royal program will be released during the coming months.