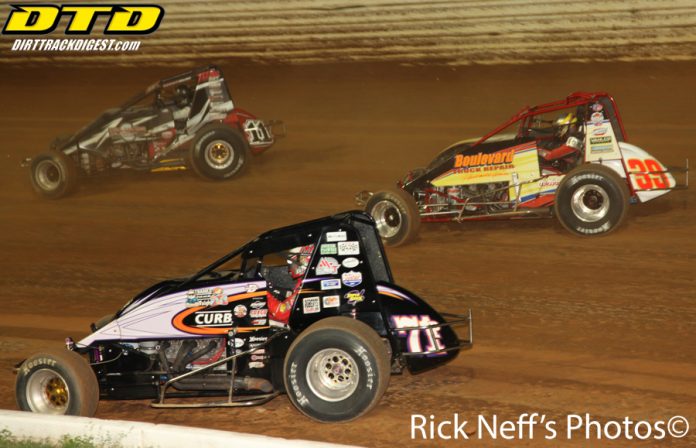 PORT ROYAL, PA – Presented by Sprintcarunlimited.com, Port Royal Speedway will host an open wheel fans dream program coming up this Saturday, June 16 at 7 pm when the USAC Eastern Storm hits the oval along with the regular Weikert’s Livestock 410 sprint cars.

The wingless stars of USAC will invade Port Royal for their now annual stop during the Eastern Storm tour in what will be by far a premier chance to experience the two best forms of sprint car racing, all together on one night in the form of both winged and wingless 410 sprint competition.

It will also be EMMR/Penn Central Racing Reunion Honoree Night at the track, with numerous restored racecars from both organizations on display for the event.

All gates will open at 4 pm.

Port Royal has hosted the United States Auto Club, the premier wingless racing organization in the country, since 2012.

Visit www.sprintcarunlimited.com for more details and to learn how to become a subscriber.