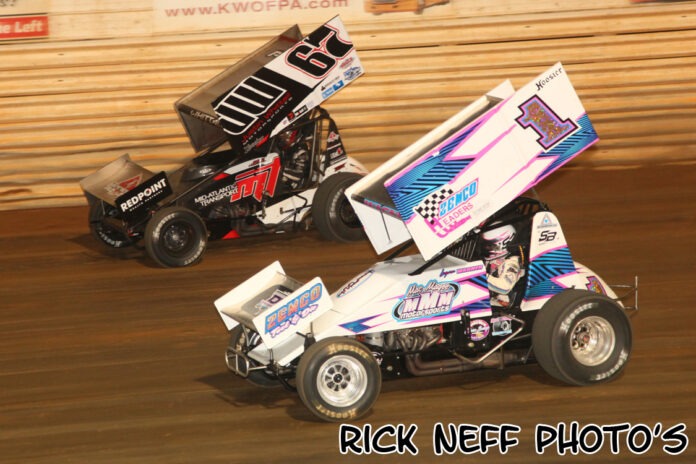 The Weikert’s Livestock 410 Sprint Cars, Krill Recycling, LLC Super Late Models and the Selinsgrove Ford Limited Late Models will all be in action with the Limited’s taking part in a pair of Twin 20 feature events!

It’s also Senior Citizen night at the Speed Palace with those of proper age receiving $10 General Admission to the races for the night!

Anthony Macri and Logan Wagner enter the weekend as the most recent winners as part of the All Star Circuit of Champions Bob Weikert Memorial finale.

Between the pair, Macri (5) and Wagner (4) have absolutely dominated at the Speedway in 2022 winning nine of 10 events held. Lance Dewease won on Opening Day!

Wagner enters as point leader in the division in his drive for five consecutive titles and he holds a 170-point advantage over Lucas Wolfe. Jeff Halligan (-200), Mike Wagner (-210) and Macri (-235) complete the top five.

Colton Flinner has been a man on a mission in Krill Recycling Super Late Model competition as he has earned victories in all four weekly events in the division.

The Selinsgrove Ford Limited Late Models will be making their third appearance of the 2022 racing season and they’ll be taking part in a pair of full-purse paying twin 20 feature events!

Dillan Stake leads the way in the division point standings with a mere 15-point advantage over Devin Hart. Both drivers have captured victories in 2022! Todd Snook(-45), Taylor Farling (-60) and Shawn Shoemaker (-70) make  up the rest of the top five!