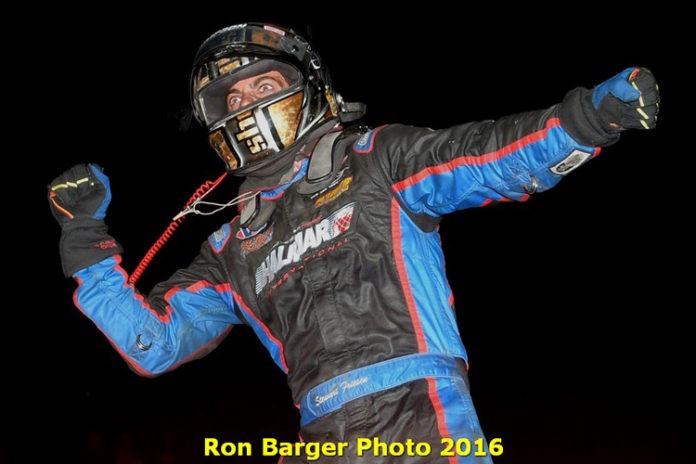 HUNTERSVILLE, NC – Chris Larsen and Stewart Friesen have announced the formation of Halmar Friesen Racing (HFR). HFR will compete in the NASCAR Camping World Truck Series (NCWTS) running a full schedule for 2017 with Friesen as the driver. Halmar International will serve as primary sponsor on the No. 52 Chevrolet Silverado.

Managing the day-to-day operations of HFR will be NASCAR veteran Tommy Baldwin Jr.

Friesen, a native of Niagara-on-the-Lake Ontario, is a well decorated Modified and Sprint Car competitor. Making his NCWTS debut in 2016 at Eldora Speedway, Friesen ran a six-race schedule with a best finish of 13th at New Hampshire Motor Speedway.

“I’m super excited to be part of the Halmar Friesen Racing team,”said Friesen. “We did a bit of racing last year to get our feet wet on asphalt, and we were pleased with our success. Everything we have going on with Tommy is exciting. It’s great to have his experience guiding our team so we can hit the ground running in Daytona.”

Friesen’s crew chief will be Trip Bruce, who most recently worked with Baldwin in the K&N Pro Series East. Bruce has a championship with driver Johnny Benson and a total of ten wins in the NCWTS.

Larsen, owner of Halmar International, said of the new venture with Friesen, “We got our feet wet at Eldora last season mostly because we wanted to have some fun. After that, we ran several more races to get a sense of where we were. When an opportunity came to work with Tommy (Baldwin) and it was a no brainer for us. Because of the relationship with Tommy we have committed to running the whole season. We know we will be prepared, we have good equipment and a great driver.”