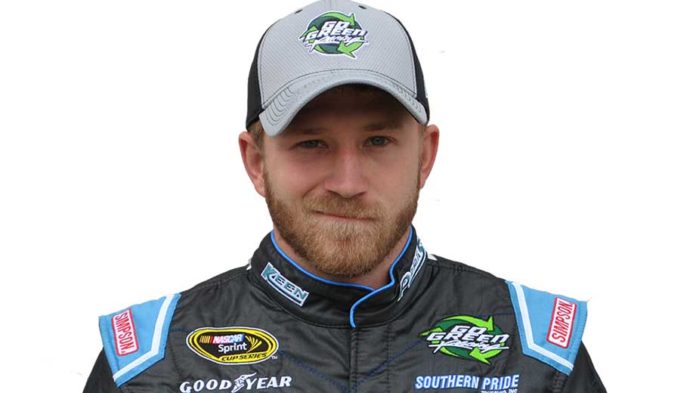 Earnhardt, grandson of the late NASCAR legend Dale Earnhardt Sr., will be making his first appearance at the 32nd edition of the hugely popular show. He will join seven time NASCAR Cup champion Richard Petty, FOX-TV’s Jeff Hammond and Hall of Fame Midget racer Kevin Olson as they meet with fans, sign autographs and do interviews.

Jeff raced a limited schedule of Monster Energy NASCAR Cup Series events in 2016 for BK Racing. He has raced in 25 races since he kicked off his Cup career at Richmond International Raceway in 2015. He is expected to announce his plans for NASCAR Cup Series in the very near future.

The nephew of Dale Earnhardt Jr. also has been a competitor in mixed martial arts competition. After beginning his career in dirt racing, he moved to asphalt. Before joining the NASCAR Cup series, he competed on the Camping World Truck and Xfinity series and made a start in a Rolex Sports Car.

The 27-year-old racer will be appearing at the stage area on Saturday from 4 to 5:30.

“The King” Richard Petty will be at the stage area from 1 to 3 PM.

Show attendees will have the opportunity to meet these major names in the sport along with many racers and personalities from local and regional racing.

Drawing a lot of attention is the Dorney Park and Syracuse ‘Moody Mile’ Reunions set to run throughout the three days.

More than 250 race cars will be on display including two that were driven by Richard Petty and a pair of race cars driven by the late NASCAR racer Ron Bouchard. The Ford powered Monster Energy NASCAR Winston Cup car to be driven by Danica Patrick will be there along with the Haas Automotion Formula One entry giving attendees a chance for a close look. There will be Monster Trucks and Tractor Pullers.

There will be free autograph opportunities throughout the three days of the show with many tracks and racing series having some of their top racers on hand to meet fans. Many 2017 racing schedules will be released at the show.

Hardcore vendors offering, in many cases, what is new for racers will be found throughout the show. And fans will be able to seek out some bargains from collectible vendors.

The always popular Ms. Motorsports Contest will again be part of the Saturday activities.

There is still limited exhibit space available. Information is available from Danny Sammons at 609.888.3618 or danny@aarn.com.

Show hours, ticket info and more is available at www.aarn.com and click on the Motorsports link.