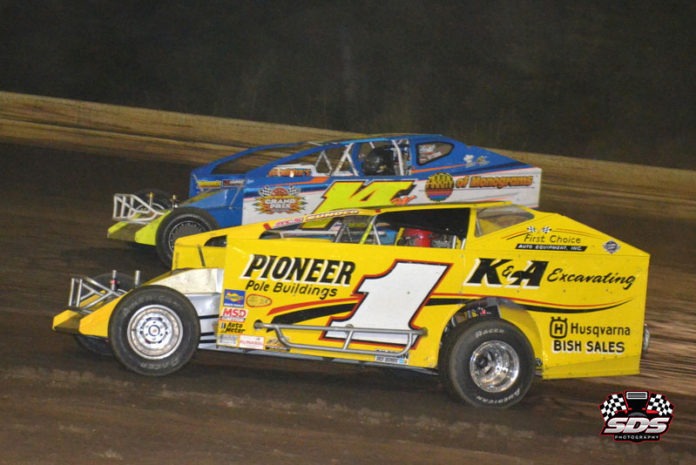 The veteran driver out of Frenchtown, N.J., Billy ‘The Kid’ Pauch, has his sights set on bigger and better things this upcoming season, as he will be pursuing what will be called the ‘Money Tour.’

The 59-year-old kingpin has over 720 career wins and several track championships. As Pauch looks forward to his 43rd year in racing, his plans for 2017 will be different from years past. Rather than racing weekly for points, Pauch plans on following where the money is.

“Rather than running for $2k a week we’re going to go to the big money shows that pay $4k+,” explained Pauch.


Pauch explained that he will not be running for points anymore but he will call Bridgeport Speedway his home track.

“We will run there as much as we can but we won’t be running there weekly,” explained Pauch.

Pauch and the team will be putting together a 33 race schedule for 2017.

“Once we get back from Florida we will post a tentative schedule on our Facebook page,” Pauch said. “If something changes on the schedule we will make sure to post it on there so everyone knows.”

With the new plans for the upcoming season Pauch hopes to keep all of his fans informed on where he will be.

Three Modifieds will be housed in the Team 1 Racing stable in Frenchtown, N.J., Two will be yellow No. 1’s and one will be a red, white and blue No. 15. The one car that Pauch holds dearly to, the one car with the family number, is the retro No. 15, which will be making its debut this season.

“The No. 15 is to honor my father. It’s the number he ran and the number I started with when I started racing in the 70’s. Now it’s the number my son runs,” explained Pauch. “It’s to pay tribute to him.”

Pauch’s father, Leroy, was a large part to Pauch’s career and dedicated his life to his son’s racing. In honor of Pauch’s late father, Pauch will be running select shows this season paying tribute with his No. 15 Modified.

Anyone who knows Pauch knows how close him and his family are and how big of a role they play in his career. Pauch’s father would be honored.

Pauch and car owner, Kevin Bifulco, will once again be teamed up for the season. Bifulco is Pauch’s longest car owner to date, marking this year their 12th year together.

The dynamic duo is closing in on 100 career wins, the most wins Pauch has ever had with a single car owner.

They are both pleased to announce, “We will have the same sponsors on board this coming season,” Pauch said. “K&A Excavating, Pioneer Pole Buildings, Husqvarna Bish Sales, First Choice Auto Equipment, Al’s Sunoco and all of our product sponsors. All of our cars are Bicknell’s and will be powered by Morrison and Bruneau motors.”

Pauch and the team will be making the trip south for the DIRTcar Nationals at Volusia Speedway Park for their first race of the season with the Super DIRTcar Series. The first race Pauch will be at to kickoff racing in the northeast will be at Georgetown Speedway on March 11th.

To stay up to date on Pauch’s schedule make sure to like his Facebook page to receive the latest news – “Billy Pauch Racing.”