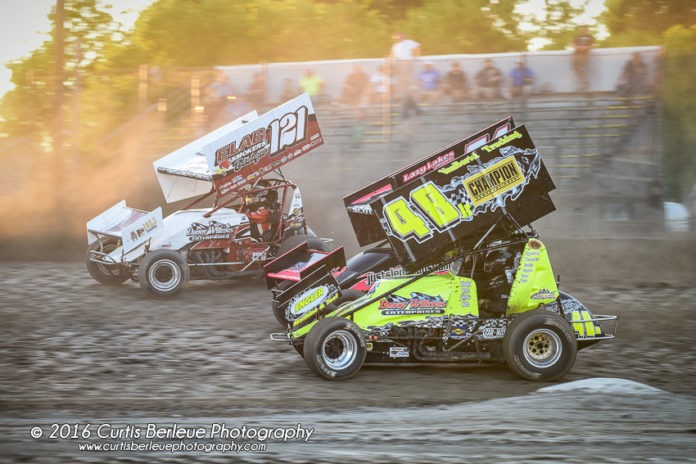 AUBURN, NY – Finger Lakes Speed World comes back for 2017 in a big way!
In his second year as promoter of Speed World, Jim Olin promises this year’s event will be the best yet. As the days count down to the weekend, excitement builds as more confirmations drop in, and the reality of the family friendly interactive motorsports show comes to be.

The Patriot Sprint Tour has signed on, bringing along veteran racer Darryl Ruggles to display the 48jr sprinter in the center court area adjacent to Bass Pro Shops. PST won’t be alone there. This year, they are joined by Outlaw Speedway in the spotlight. Other tracks scheduled to appear are Woodhull, Paradise Speedway, Starlite Speedway, and South Butler Drags. The center court area will feature the Sportsman Modifieds of Dave Marcuccilli, Josh Reome , and Torrey Stoughtenger.

For the history buffs, the Dirt Motorsports Hall of Fame will be displaying the infamous “Batmobile” at Speed World. The car driven by Gary Balough at Super Dirt Week in 1980 caused a huge controversy over the down force design. This very car helped to shape what would eventually become the modern era Northeast Dirt Modified.

Other groups displaying at Speed World this year include The Syracuse Quarter Midget Club, Syracuse Microd Club, The Rebel Outlaws from Starlite Speedway, and many others are still dropping in.

Several special events are happening as well. Saturday, Small Addictions RC Hobby hosts the Creekside Entertainment 150 Mudboss RC event on the oval. Power Wheels Racing returns for the kids, ages 4-12 at 2pm on Saturday as well. Sunday, it’s the Jailbreak in the Prison City RC Demo Derby. Competitors are coming from all over to this event being held at 3pm.
Thomas Video Productions will be running the racing theater exhibit this year, showing all of their smash and crash videos.


As always, there is no admission charge, and no charge to display at the show. There’s a lot to see and do this year at Speed World. Bring the whole family out, and make sure to grab a balloon for the kids courtesy of Haun Welding Supply of Geneva. See you at Speed World!